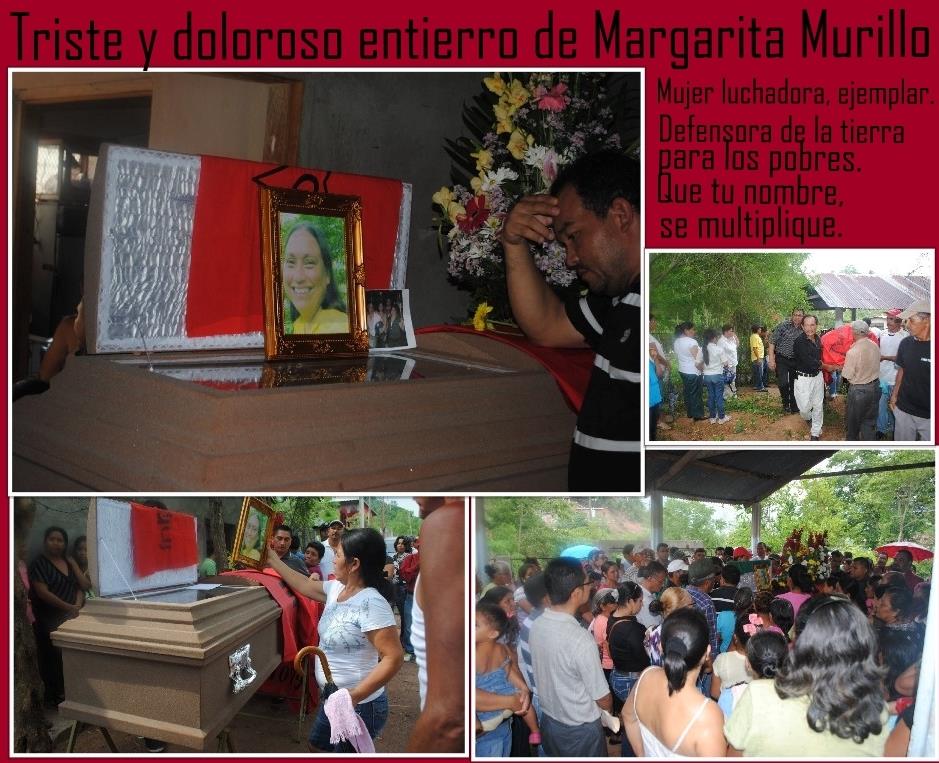 Masked men shot and killed Honduran campesino movement leader Margarita Murillo the night of Aug. 26 on land she farmed in the community of El Planón, Villanueva municipality, in the northern department of Cortés. Murillo reportedly began working for campesino rights at the age of 12. During the 1980s she was a founder of the Campesino National Unity Front (FENACAMH) and the General Confederation of Rural Workers (CNTC).

After the military removed then-president José Manuel Zelaya Rosales (2006-2009) from office in June 2009, she was both a local and a national leader in the broad coalition resisting the coup, the National Popular Resistance Front (FNRP), and then in the center-left party that grew out of it, the Freedom and Refoundation Party (LIBRE). The National Congress observed a moment of silence after reports of Murillo’s death were confirmed.

As of Aug. 28 the police said they had no indication of the murder’s authors. Murillo was leading a small cooperative, The Windows Campesino Associative Production Enterprise, that was engaged in a land dispute in the area where she was working at the time of her death. Soldiers had carried off her grown son Samuel from the house where the family lives in Marañón community, south of San Pedro Sula, on July 26; he was reportedly still missing as of Aug. 30.