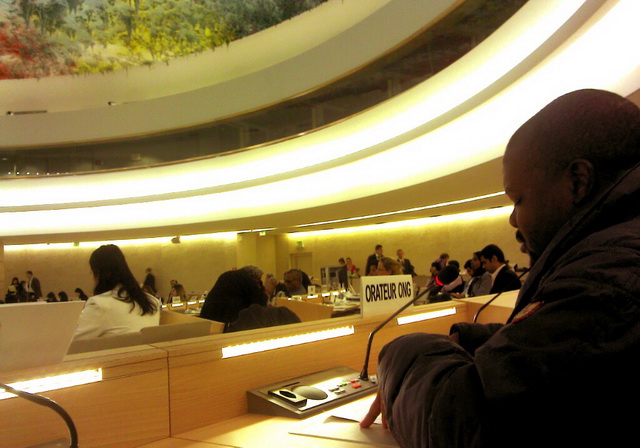 The International Association of Democratic Lawyers (IADL), along with La Via Campesina congratulate the work of the UN Advisory Committee, especially on establishing the groundwork for the promotion and protection of the rights of peasants and other people working in rural areas.

We all know that hunger is not a natural disaster but, as stated by the UN Special Rapporteur on the right to food, Mr. Olivier De Shutter, hunger “is primarily the result of political factors that condemn small farmers, the main victims of hunger, to poverty. These factors include insufficient access to land, water and credit; poor organisation of local markets; lack of infrastructure; and lack of bargaining power against an increasingly concentrated agro-industrial sector”.

Today some 952 million people throughout the world suffer chronic hunger, 80 per cent of them live in rural areas. 50 per cent of the world’s hungry are smallholder farmers, 20 per cent are landless families who survive as tenant farmers or poorly paid agricultural laborers.

We all know that “despite of the existing human rights framework, peasants and other people living in rural areas are victims of multiple human rights violations”. The food sovereignty situation in the world keeps deteriorating, hurting people both in rural and urban areas, in poor and rich countries. Indeed, as demonstrated by the Special Rapporteur on right to food, “existing food systems have failed to address hunger, and at the same time encourage diets that are a source of overweight and obesity that cause even more deaths worldwide than does underweight”.

To ensure adequate diets accessible to all, it is urgent to reshape the agri-food system and to protect and guarantee the rights of peasants, “the most discriminated and vulnerable people in many parts of the world”. That’s why we urge the Human Rights Council to adopt and put into practice the recommendations in the final study. And in particular, we call upon all States to actively engage in order to adopt a Declaration on the rights of peasants. It is time to start making those changes the world need.

Thank you very much.