Home » International Condemnation: Honduras – End the violence and death against the peasant-indigenous movement 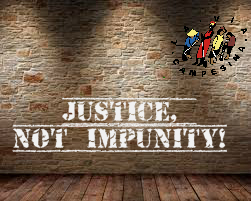 (Managua, 16 March 2016) La Vía Campesina denounces the grave criminalization taking place in Honduras today in the form of prisons, repression and the assassination of peasant and indigenous leaders. In the last few weeks the situation has worsened greatly with the proliferation of hired assassins aiming to take the lives of those who demand land to produce food, of those who struggle against extractivism, dams, and agribusiness.

Yesterday, March 15th, several regrettable events took place which we summarize below. All require the urgent attention and action of our organizations, allies and human rights entities:

2. Assassination of Nelson García, member of COPINH and community leader in Río Chiquito. This tragic event took place during the forced eviction of the Río Lindo community, in department of Cortés, when an estimated 100 police officers, 20 members of the military police, 10 members of the Army, and various members of DGIC invaded the territory previously recovered by 150 families, 75 of which had built homes in the area with materials and efforts they worked hard to obtain.

3. Capture of Muca President Juan Ángel Flores in the departament of Colón. Detained in the early morning and accussed of links to drug trafficking, the lack of evidence forced authorities to release him hours later.

4. Detention of public defender Orbelina Flores Hernández, member of the Permanent Human Rights Observatory of the Aguan, accusing her of involvement in land conflicts.

5. Sentencing of David Romero, journalist of Radio Globo, to 10 years in prison. David has been courageously denouncing the embezzlement of social security and other acts of corruption in Honduras, all of which indicate involvement of the ruling party.

It is evident that these attacks are directed at combative social movements engaged in the struggle for land and in defense of territories such as La Vía Campesina, COPINH and Muca.

As such, we of La Vía Campesina:

1. Denounce the Honduran government for executing a plan of repression against leaders and social movements.

2. Demand respect for the life of Honduran social activists.

3. Call for international human rights organizations to come to Honduras and accompany the grave humanitarian situation being faced in the country. It is important that the Honduran government be denounced at the international level for its direct attacks on, and criminalization of, social struggles.

4. Ask for all those concerned with human rights and justice to articulate public acts of solidarity at Honduran embassies around the world. To make these actions known write to viacampesina@viacampesina.org and, in Honduras, contact the offices of La Vía Campesina in Tegucigalpa by emailing viacampesinahonduras2015@gmail.com. Members of the press and allies should contact: Rafael Alegría, 00504 9969-5091, office 00504 2235-9915 and Wendy Cruz 00504 9983-8506.

For La Vía Campesina, solidarity and internationalism are the key values of our movement. As such, we will continue monitoring the situation in Honduras closely, making public and denouncing internationally the persecution and criminalization faced by peasant, indigenous, and afro movements engaged in the frontline struggle to defend our territories against transnational capital and its attempt to take control of our natural resources.

For our dead, not one minute of silence! An entire life of struggle!