“The Sea can no longer bear the pressure on its resources. There is overfishing here in Senegal” warns a Senegalese local in the cautionary new documentary, The Feast/Tong-Tong. Produced by international peasant rights movement, La Via Campesina, this documentary tells the story of vulnerable fishing and pastoral communities in Senegal facing the harsh consequences of climate shocks and capitalism.

The documentary features long shots of Senegal, poverty, industrialisation, barrenness, and loss. It also displays the resilience of people and natures, such as shots of windy breeze. The natural display of The Feast/Tong-Tong is a sight to behold. Crucially, it is a story of resistance

In 2010, 400 people were summoned off their land for urban housing development. There has been a repeated pattern of privatising land for military use, banks or residential developers. Village authorities have allowed this to happen, working together with municipalities against the interests of villagers. The issues are many: structural violence, the criminalisation of activism, the targeting and murdering of activists, the grabbing of resources and plundering by powerful industries, the looting of commodities, the removal of local capacity to feed communities and the pressure on youth to migrate away. These broad issues are condensed and explored in the 42-minute film. 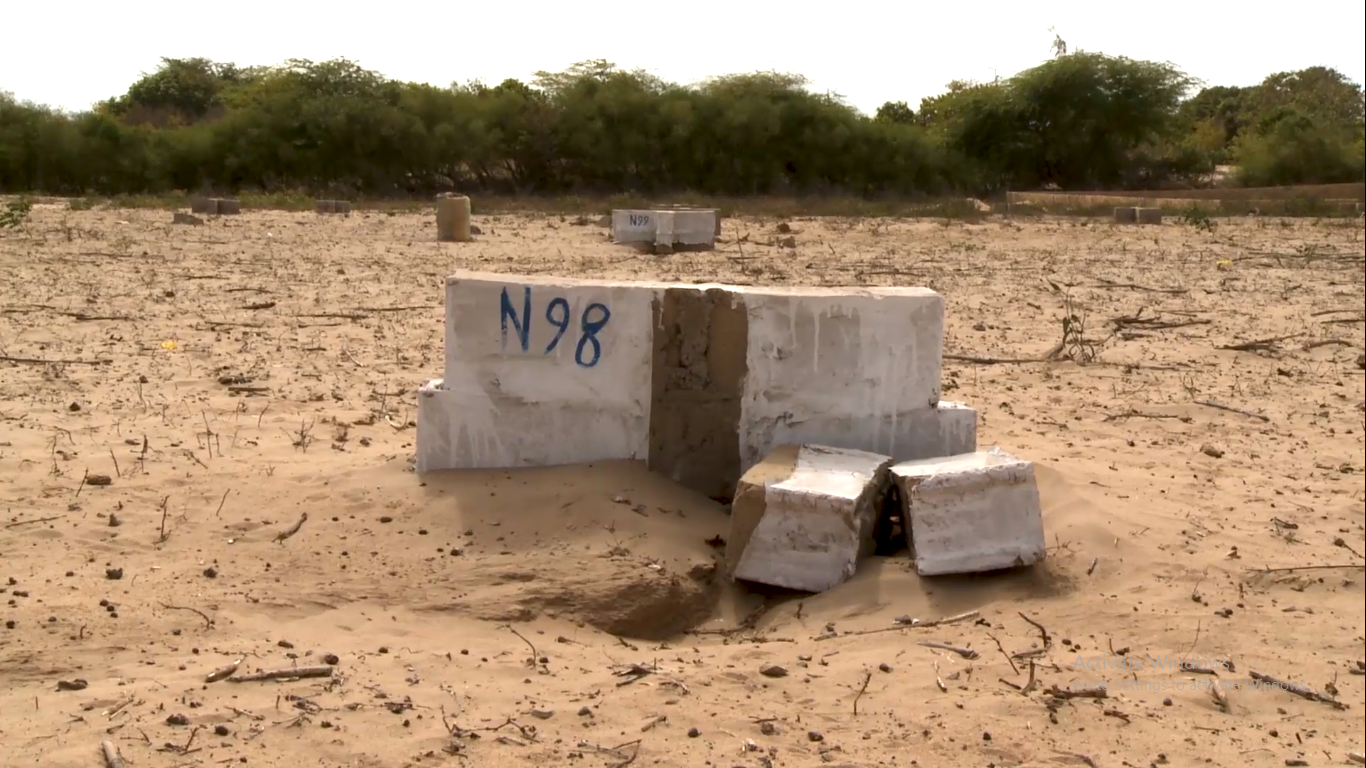 “We want to stay here and farm and live with our families”. No villager wants to leave. They are forced off. Some are pressured to leave and are offered money by developers, who autonomously appraise the villagers’ land. “We no longer have land.” But, leaving takes away their sense of livelihood. They can no longer raise livestock or breed.

This land is sold to privileged foreign owners who make revenue from its use. Locals who try to compete struggle because they lack access to similar equipment as large corporations. Agriculture does more for these companies than for people. Animals that trespass are seized, people fined and fees for getting their animals back. “How can you live side by side in peace?”

“The problem is land grabbing.” In the documentary, a group of fishers, farmers and breeders conclude that the major issue facing their community is the ceasing of land by corporations and the government.

European companies, such as the Italian Senethanol SA are granted land concessions by the Senegalse government and impose construction on the country’s nature reserves. Their man activity is sunflower production, but 80% of the produce goes to Europe.

“Being landless is like being sick,” the locals express. Their way of life has been upended.

A major result of their landlessness is the migration of young people to the city or to Europe. Some risk their lives at sea. Many lose them. But, staying is equally terrifying because there is no clear way to survive without access to land.

Young people who stay are forced into low-wage farm labour. They work the land, but they do not own it. The government also spends money allocated for youth development elsewhere, without consulting people of farmers. In the documentary, a private project coordinator, Cheik Tidiane SY confesses, “when those who don’t own land can sell their working capacities, I don’t see any problem.”

People who speak out are threatened by governors or business and people are paid to lie about the project being done properly.

Along with the fish came hope

Gasoline to power boats is more expensive than how much they earn from the fish they catch. “Ten years ago, in 5 hours, from 8AM to 1PM, you caught enough fish. Now from 4 am to 5pm, you don’t even catch 30% of what you caught 19 years ago. It gets worse by the day”. The problem is fishers struggle to catch enough fish due to shortages, caused mainly by commercial fishers from Europe. In 2014, the EU signed an agreement with Senegal allowing in European ships. Senegalese fisherfolk were not included in negotiations. European ships don’t respect distance and catch restrictions, but no one regulates them. They have large ships. “The Sea can no longer bear the pressure on its resources.”

“Along with the fish, came hope”. But now there is no fish, or mostly tiny fish. “The oceans turns white with many different kinds of small fish.”

It’s not just the seas which are ravaged. Forests are torn down and replaced with fences. “They have destroyed our land, buried our lakes and our wells, even our cemeteries have been destroyed”

“They have dug our graves by cutting down the trees that provided us with food”.

The Declaration of the Rights of Peasant

The solution offered by the documentary is to create good working conditions for young people and safeguard resources. Local farmers have organised and marched, demanding access to land, water and seeds.

In May 2019, international peasant movement, La Via Campesina met with locals. “Industry is grabbing the land, water and seeds. Everywhere in the world.” They describe that the “commons are being grabbed” and privatised globally. “The stakes are the same even when the contexts are different”.

The Declaration of the Rights of Peasant was a common effort of 200 million farmers, over 15 years, which affirms farmer rights and opposes the criminalisation of their struggles. It was adopted by the United Nations in 2018.

The declaration considers issues related to health, education, land, youth, women, wellbeing, migrants, food sovereignty and agrarian reform. A major issue is its implementation. The United States and European countries oppose these peasant movements. These countries send investors to “buy land, farm it and export the produce to their countries”

The struggle is international, the documentary reveals, and if energised indigenous farmers around the world can use the declarations as a tool.

(“If young farmers from Senegal don’t believe in agriculture anymore, it’s because farming is now synonymous with poverty.”)

This article first appeared on Culture Review. To watch the film, click here.