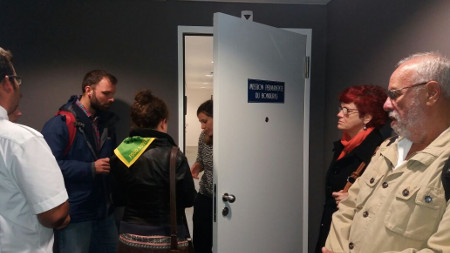 On Thursday, 27th October 2016, organizations and social movements of the Global Campaign to Dismantle Corporate Power and End Impunity, delivered a letter to the Permanent Mission of Honduras in Geneva seeking justice in the murders of community defenders in the Central American country. The letter demands protection for threatened defenders.

You can see the copy of the letter in Spanish here

However, the Mission of Honduras refused to sign the acknowledgment receipt of the letter, which contains about 100 signatures from organizations from five continents, but it was delivered either way.

Participants to the delivery included representatives of the Movement of People Affected by Dams of Brazil (MAB), La Via Campesina, the World March of Women, Ecologists in Action Spain, Jubilee South, Transnational Institute of the Netherlands, Friends of the Earth International, among many other groups. 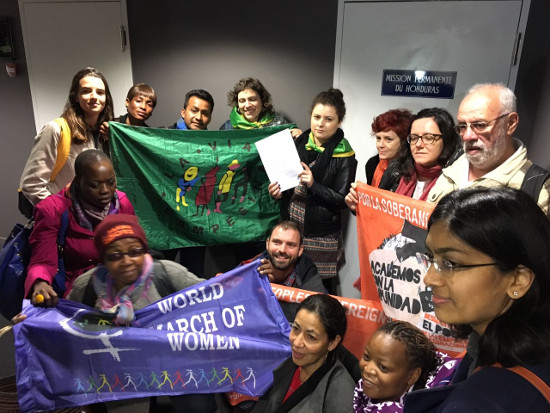 All of them are part of the Global Campaign for to Dismantle Corporate Power and End  Impunity, which pushes this week in Geneva for a Legally Binding Treaty that can hold to account Transnational Corporations committing human rights violations. This takes place within the framework of the second session of the Intergovernmental Working Group of UN Human Rights Council, which lays the foundation for this legal treaty. Organizations and social movements also organised moblisations in Geneva this week, calling for this #BindingTreaty.