Home » Food sovereignty: 5 steps to cool the planet and feed its people

La Via Campesina and GRAIN

How the industrial food system contributes to the climate crisis

Before the planting starts, the bulldozers do their job. Worldwide, industrial agriculture is pushing into savannas, wetlands and forests, ploughing under huge amounts of land. The FAO says the expansion of the agricultural frontier accounts for 70-90% of global deforestation, at least half of that for the production of a few agricultural commodities for export. Agriculture’s contribution to deforestation thus accounts for 15-18% of global GHG emissions.

It is generally acknowledged that farming itself contributes 11-15% of all greenhouse gasses produced globally. Most of these emissions result from the use of industrial inputs, such as chemical fertilisers and petrol to run tractors and irrigation machinery, as well as the excess manure generated by intensive livestock keeping. 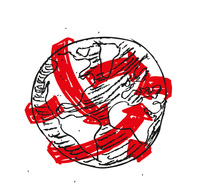 The industrial food system acts like a global travel agency. Crops for animal feed may be grown in Argentina and fed to chickens in Chile that are exported to China for processing and eventually eaten in a McDonald’s in the US. Much of our food, grown under industrial conditions in faraway places, travels thousands of kilometres before it reaches our plates. We can conservatively estimate that the transportation of food accounts for a quarter of global GHG emissions linked to transportation, or 5-6% of all global GHG emissions.

Processing is the next, highly profitable, step in the industrial food chain. The transformation of foods into ready-made meals, snacks and beverages requires an enormous amount of energy, mostly in the form of carbon. So does the packaging and canning of these foods. Processing and packaging enables the food industry to stack the shelves of supermarkets and convenience stores with hundreds of different formats and brands, but it also generates a huge amount of greenhouse gas emissions – some 8 to 10% of the global total. 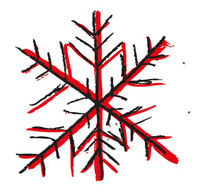 Refrigeration is the lynchpin of the modern supermarket and fast food chains’ vast global procurement systems. Wherever the industrial food system goes, so do cold chains. Considering that cooling is responsible for 15 percent of all electricity consumption worldwide, and that leaks of chemical refrigerants are a major source of GHGs, we can safely say that the refrigeration of foods accounts for some 1-2% of all global greenhouse gas emissions. The retailing of foods accounts for another 1-2%.

The industrial food system discards up to half of all the food that it produces, thrown out on the long journey from farms to traders, to food processors, and eventually to retailers and restaurants. A lot of this waste rots on garbage heaps and landfills, producing substantial amounts of GHGs. Between 3.5-4.5% of global GHG emissions come from waste, and over 90% of these are produced by materials originating within the food system.

Food Sovereignty: 5 Steps to Cool the Planet and Feed its People

1. Take care of the soil

The food/climate equation is rooted in the earth. The expansion of unsustainable agricultural practices over the past century has led to the destruction of between 30-75% of the organic matter on arable lands, and 50% of the organic matter on pastures and prairies. This massive loss of organic matter is responsible for between 25% and 40% of the current excess CO2 in the earth’s atmosphere. But the good news is that this CO2 that we have sent into the atmosphere can be put back into the soil, simply by restoring the practices that small farmers have been engaging in for generations. If the right policies and incentives were in place worldwide, soil organic matter contents could be restored to pre-industrial agriculture levels within a period of 50 years – which is roughly the same time frame that industrial agriculture took to reduce it. This would offset between 24-30% of all current global greenhouse gas emissions.

The use of chemicals on industrial farms is increasing all the time, as soils are further depleted and pests and weeds become immune to insecticides and herbicides. Small farmers around the world, however, still have the knowledge and the diversity of crops and animals to farm productively without the use of chemicals by diversifying cropping systems, integrating crop and animal production, and incorporating trees and wild vegetation. These practices enhance the productive potential of the land because they improve soil fertility and prevent soil erosion. Every year more organic matter is built up in the soil, making it possible to produce more and more food.

3. Cut the food miles, and focus on fresh food

The corporate logic that results in the shipment of foods around the world and back again, makes no sense from an environmental perspective, or any other perspective for that matter. The global trade in food, from the opening of vast swaths of lands and forests to produce agricultural commodities to the frozen foods sold in supermarkets, is the chief culprit in the food system’s overweight contribution to GHG emissions. Much of the food system’s GHG emissions can be eliminated if food production is reoriented towards local markets and fresh foods, and away from cheap meat and processed foods. But achieving this is probably the toughest fight of all, as corporations and governments are deeply committed to expanding the trade in foods.

4. Give the land back to the farmers, and stop the mega plantations

Over the past 50 years, a staggering 140 million hectares – the size of almost all the farmland in India – has been taken over by four crops grown predominantly on large plantations: soybeans, oil palm, rapeseed and sugar cane. The global area under these and other industrial commodity crops, all of them notorious emitters of greenhouse gases, is set to further grow if policies don’t change. Today, small farmers are squeezed onto less than a quarter of the world’s farmlands, but they continue to produce most of the world’s food – 80% of the food in non-industrialised countries says the FAO. Small farmers produce this food far more efficiently than big plantations, and in ways that are better for the planet. A worldwide redistribution of lands to small farmers, combined with policies to help them rebuild soil fertility and policies to support local markers, can reduce GHG emissions by half within a few decades.

5. Forget the false solutions, focus on what works 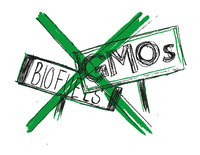 There is growing recognition that food is central to climate change. The latest IPCC reports and international summits have recognised that food and agriculture are major drivers of GHG emissions and that climate change poses tremendous challenges to our capacity to feed a growing global population. Yet there has been zero political will to challenge the dominant model of industrial food production and distribution. Instead, governments and corporations are proposing a number of false solutions. There is the empty shell of Climate Smart Agriculture, which is essentially just a rebranding of the Green Revolution. There are new, risky technologies such as crops genetically engineered for drought resistance or large scale geo-engineering projects. There are mandates for biofuels, which are driving land grabs in the South. And there are carbon markets and REDD+ projects, that essentially allow the worst GHG offenders to avoid cuts in emissions by turning the forests and farmlands of peasants and indigenous peoples into conservation parks and plantations. None of these “solutions” can work because they all work against the only effective solution: a shift from a globalised, industrial food system governed by corporations to local food systems in the hands of small farmers. Download PDF