Home » Femicide and Impunity: A humanitarian crisis in Central America, and a growing problem worldwide 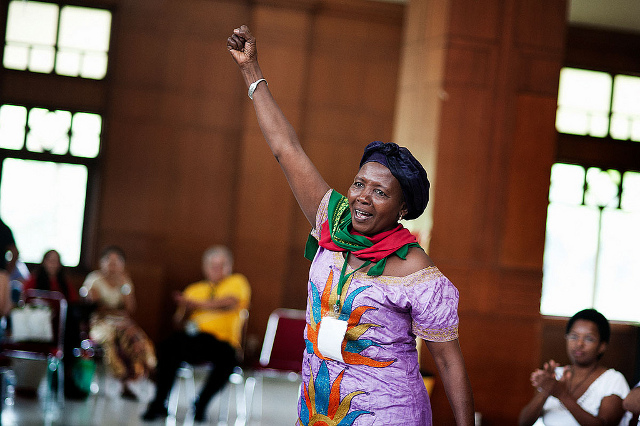 El Salvador has had the highest rate of femicide in the world, with 2, 250 femicides between 2010 and 2013. Guatemala has the third and Honduras the seventh highest rate of femicides.   In Guatemala, only 2% of murdered women’s cases were investigated in 2013 and likewise in Honduras less than 2% were investigated.  For cases that somehow make it to court in Guatemala, 90% of defendants are not convicted. It is much the same in El Salvador.  In 2014 alone, between January and October, over 300  bodies of young women between the ages of 12 and 18 years old have been found in unmarked common  graves.

Femicide is the violent and deliberate murder of a woman, and is a crime, but many national governments do not specifically define such murders as a crime in their criminal codes.  Thus, femicide  is difficult to prosecute through the justice system of many states.  Stories of thousands of women and girls who have been murdered and then discarded like rubbish in alleyways, city streets and dumpsters continue to make headlines. The victims of femicide often show signs of torture, rape, or breast and genital mutilation and dismembered body parts.

The acute epidemic of femicide in El Salvador, Honduras and Guatemala is related to historical patterns of violence and abuse in Central America, where death squads and civil wars have left a legacy of violence, intimidation and ongoing impunity.   But it is also linked to the prevailing history of patriarchal norms that have existed for centuries in almost all of our societies across the globe that presume that  women are the property of men to be treated and disposed of according to the whims of men.  In Latin America these patriarchal norms are often described as machismo.

It is difficult to effectively implement proposals or laws aiming to eliminate violence, exploitation, and abuse of girls, adolescents, and women.  In El Salvador a law on femicide came into effect in 2012.   The law was  the result of years of women’s struggles  and mobilizations that led to a landmark legislation to address gender-based violence enacted by former president Mauricio Funes.  El Salvador’s law on femicide, which carries a prison sentence of 20 to 50 years, requires judges to establish proof that the death of a woman is motivated by hatred or contempt based on gender. But there are many judges who don’t take femicide seriously and don’t want to deal with this crime and apply the law correctly.

Public awareness campaigns that show the incremental scale of verbal, emotional and physical violence women face before femicide occurs are necessary.  In addition, actions to demand respect for the human rights of women and an end to impunity are necessary.

La Via Campesina’s Global Campaign to End All Forms of Violence Against Women is aimed at increasing public awareness of the roots causes of, and all the types of expressions of, violence against women, and to demand an end to impunity.

We urge all of our member  organizations  to take action and write petitions, send letters, organize protests to pressure the departments of  justice of the governments of our countries to end  impunity to put the murderers in jail and to  do  justice for these thousands of women and thus for all women.

No more Violence against Women! ¡Not one more Death!

We struggle against impunity and for the lives of women!