As the highlight of a series of 20 events, informing about the many different aspects of industrial agrobusiness, 300 people met and celebrated in Berlin on the 17th of April in solidarty with the world wide struggle for peasants rights and food sovereignty. 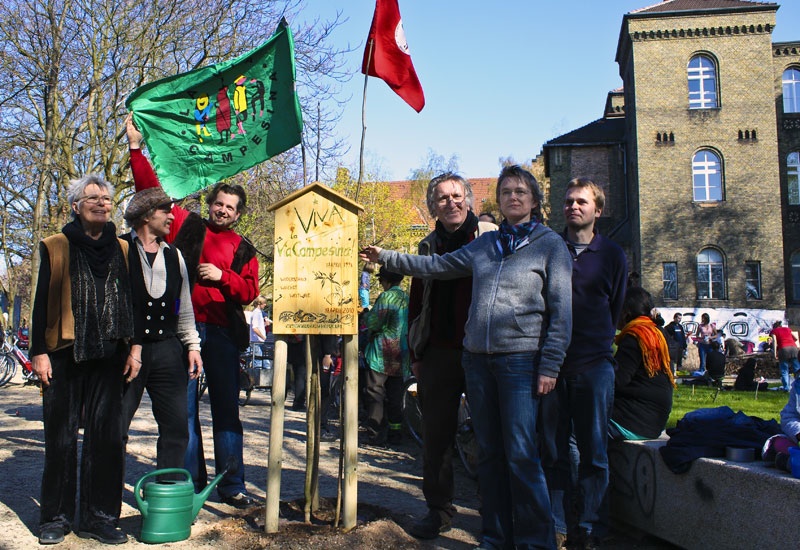 In the community-garden “Ton-Steine-Gärten” little plants and knowledge were exchanged. One exibition informed about Via Campesina and their main topice of struggle. An other exibition showed 14 different city-community-gardens in Berlin. An apple tree was planted and a commemorative plaque remembering the massacre on MST activists in 1996 which is saying “resistance is growing worldwide” was put up.

The young group “reclaim the fields” presented themselves and invited to join them. And in another “chat-round” the idea of organizing local seed-exchange amongst community-gardens and similar projects in Berlin and maybe creating a little seedbank, found much positive feedback. 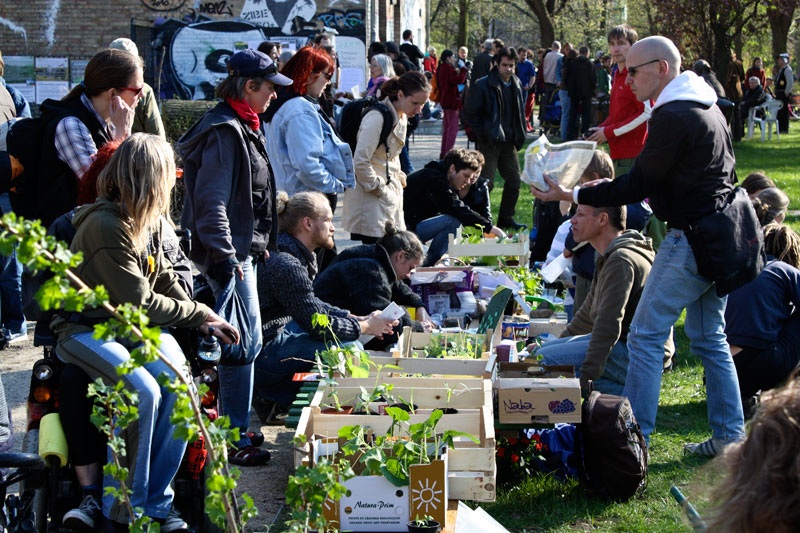 In the morning two NGOs acted role playing in the center of town, with it criticizing the big problem of landgrabbing. (see last picture)

Resistance is fertile and growing slowly – each year more people in Berlin join around the 17th , bring in their special aspects and work together.