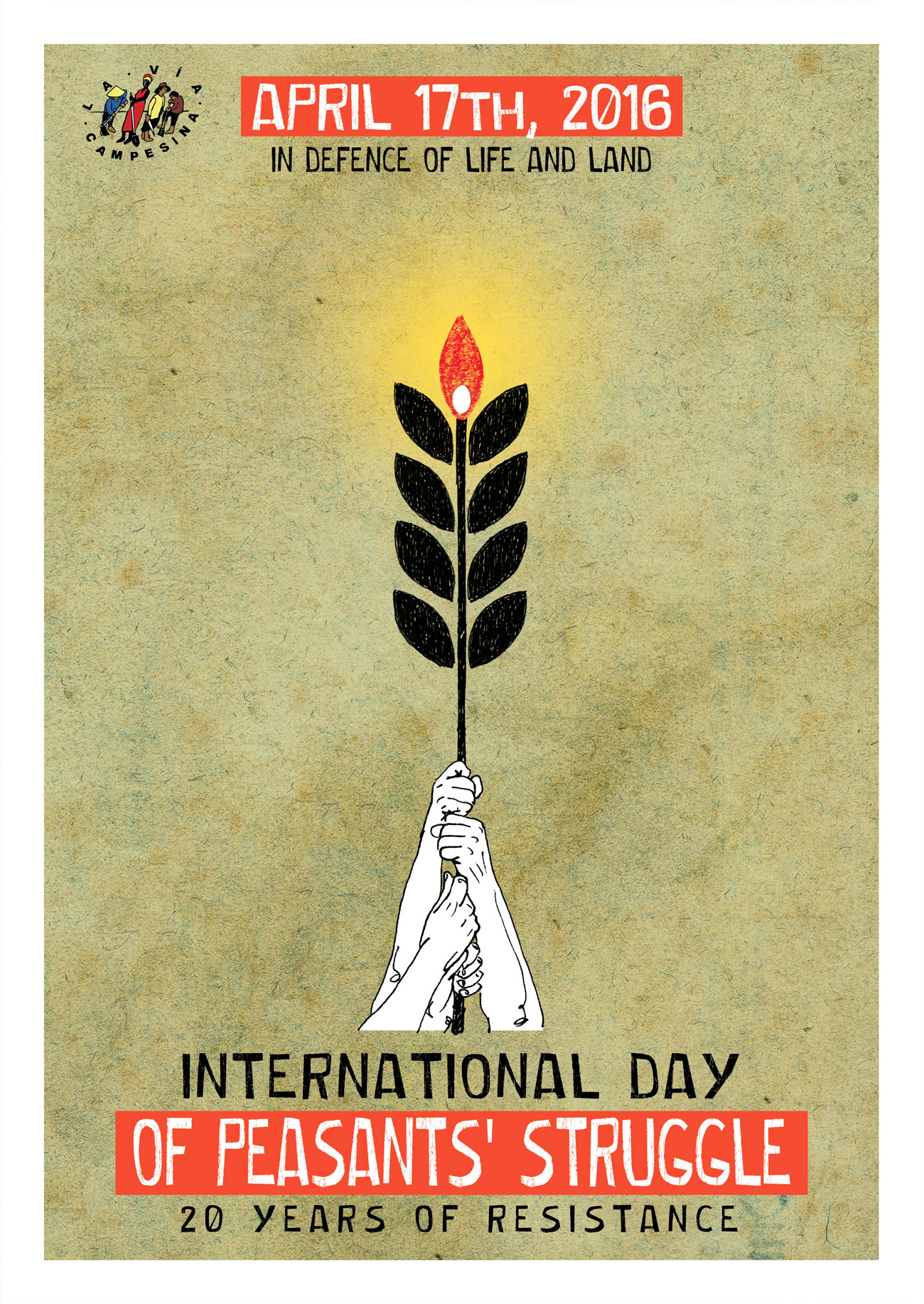 20 years after the Eldorado dos Carajás massacre, the bloodshed continues. But our resistance as peasants and farmers is stronger than ever

(Harare, March 24th, 2016) This 20th anniversary of the International Day of Peasants’ and Farmers’ Struggle is taking place in the midst of a truly alarming situation with regard to the human rights of peasants and farmers.[1] Recently, there has been an increase in the repression suffered by   peasants and farmers, both women and men, in their daily struggle for their rights.

At the beginning of March, Berta Caceres, the coordinator of the Civic Council of Popular and Indigenous Organisations of Honduras (COPINH) was assassinated in her home. One week later, in Colombia, a member of the Peasant Association of Arauca (a member organisation of FENSUAGRO) was killed and three other peasant farmers, also members of an Association affiliated to FENSUAGRO, were taken prisoner. These four peasant farmers are part of a long list of Colombian human rights defenders and members of farmers’ and indigenous peoples’ organisations who have been threatened, imprisoned, or assassinated since the beginning of 2016. Tragically, every day and in every part of the world, very many farmers and defenders of peasant and small-scale agriculture are victims of such murderous attacks.

The capitalist model of production based on the domination of nature is in crisis. We see a confrontation between two productive models, two social models, and two ways of living with nature. It is a question of two different ways of envisioning the future. On the one hand, there is the agrobusiness model, which subjects everything to its insatiable appetite for profit, a model that imposes the practice of monoculture, destroys biodiversity, uses more and more toxic inputs, drives peasants off their land, and forces governments and nation states to bow to its will. On the other hand, there is La Via Campesina’s model, built on food sovereignty, in which agriculture produces healthy foods for everyone while respecting the balance of nature and the well-being of the rural population. Violence and repression on the part of large landowners and government inertia are symptoms of this perpetual and daily confrontation between two ways of viewing nature, agriculture, life, and food. In addition, incidents of violence against peasant families are likely to become even more prevalent with the expected increases in landgrabbing in Africa and Asia, for the supposed purpose of compensating for the carbon emissions of the most industrialised countries.

Our international days of mobilisation are important symbolic dates. They have their origins in events that deeply affected our lives. Today, they inspire us to continue to develop our work of denunciation and resistance. They allow us to communicate with the whole of society in order to develop another agricultural model.

This is the context in which La Via Campesina is calling upon all of its member organisations, its friends and allies, all those who believe in peasant agriculture and are striving for food sovereignty, to mobilise on April 17th, 2016, in order to demand access to land for those who cultivate it with respect, and to protest against the assassinations of leaders of peasant farmer movements – which constitute crimes against humanity. 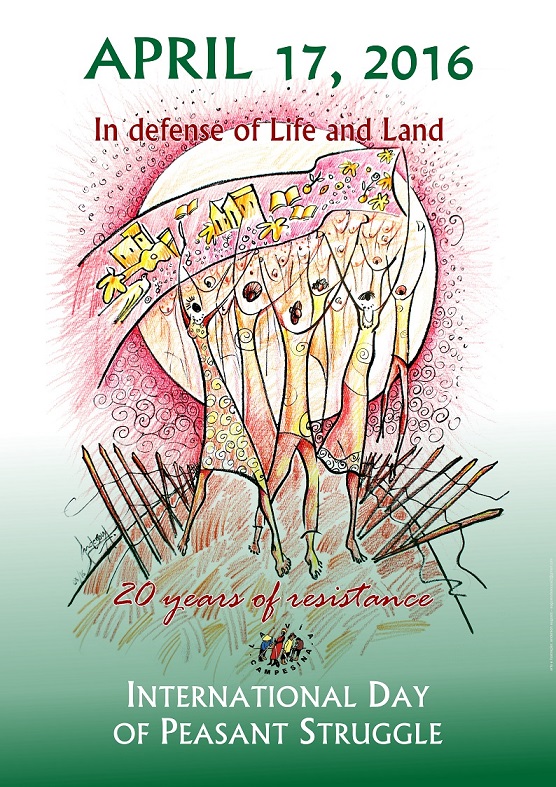 More especially, in Brazil, twenty years after the Eldorado dos Carajás massacre – for which those responsible have still not been punished – La Via Campesina Brazil and La Via Campesina International are organising a youth camp, which will be followed, from April 13th-17th, by a conference on agrarian reform where the two production models described above will be debated and discussed. Finally, an international political event calling for a transformation of society will be held on the spot where the massacre took place in the state of Pará.

Let us join together to make this 20th anniversary a hymn to life, by organising demonstrations, public debates and discussions, film screenings, farmers markets, festivals, or solidarity actions. All of your ideas and plans are welcome! Tell us about them by writing to lvcweb@viacampesina.org so that we can circulate the information ahead of time. On April 17th, send in your photos and audio or video recordings to dramatise this special day. We are attaching 2 posters which you can use to publicise your events.

[1] On April 17th, 1996, 19 peasants were killed when military police in the Amazonian State of Pará in Brazil attacked a large number of members of the Landless Workers Movement (MST) who were blockading a highway in order to demand agrarian reform.  Two more people died from their injuries several days later, and hundreds of others were so seriously injured that they could not go on working in agriculture. La Via Campesina, which was then in the midst of holding its second international conference at Tlaxcala in Mexico, declared April 17th to be the International Day of Farmers’ and Peasants’ Struggle.