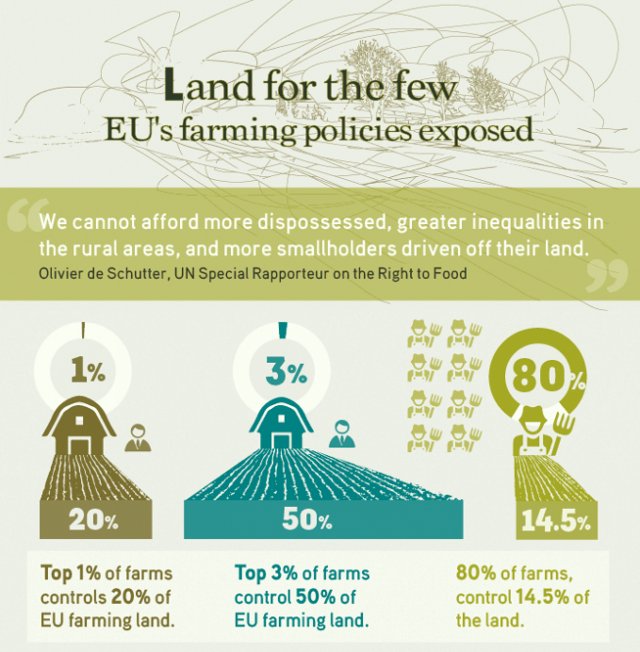 (April 17, 2014, The Hague) On April 17, 2013 the Transnational Institute published, for the Hands off The Land Alliance and the European Coordination of La Via Campesina, a series of studies on key land issues in Europe under the title “Land Concentration, Land Grabbing, and People’s Struggles in Europe.”

This collection of case studies put to rest the idea that land grabbing is a phenomenon restricted to the Global South and showed that millionsof European farmers are being squeezed off their land, which is increasingly being captured for large-scale production or non-agricultural uses. To commemorate the one year anniversary of the book’s publication and to continue to spread some of its key messages, TNI is proud to release an infographic designed to clearly illustrate central issues in an accessible form.

View the infographic in English