Home » Europe : the crisis is worsening the inequality for female farmers 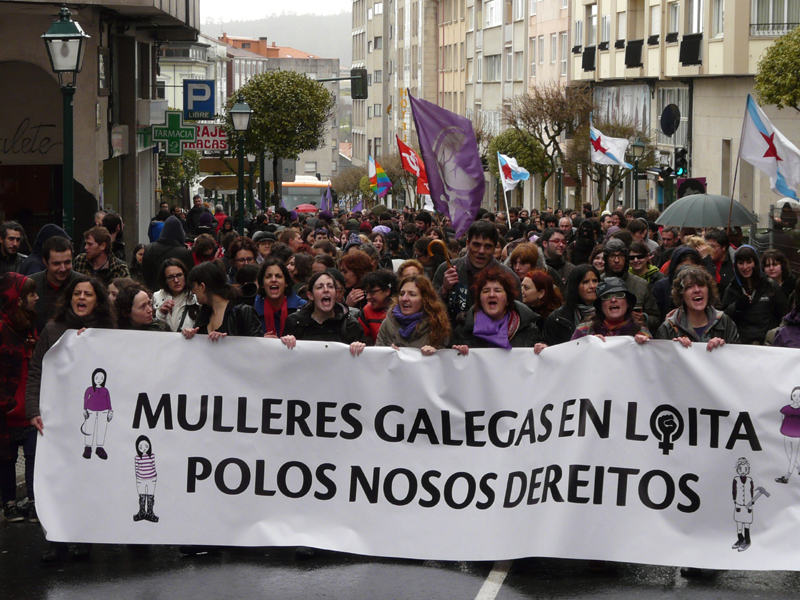 On the 8th, 9th and 10th of March, in Lampai (Teo, Galicia) the meeting of women’s working group of the European Coordination Via Campesina (ECVC) took place. In addition to the Galician hosts and their fellow countrywomen from the Spanish State, women from countries such as Austria, Italy, Norway and Poland also attended. A representative of Via Campesina of Latin America, the Brazilian Camila Bonassa, from the Movimento d@s Sem Terra (MST) also took part.

In the meeting, the participants assessed all the work done in the past year by the ECVC on the issue of women and defined the lines of action for 2013 at a European level. They also made use of the meeting to prepare the IV Women’s Assembly prior to the VI International Conference of Via Campesina.

Out of the activities which this working group has been carrying out, the actions for the recognition of the rights of female small-scale farmers, in a European context, stand out, as does the struggle to end the violence suffered by women in rural areas.

Although it was an internal meeting, on Saturday the 9th of March, a public debate was held, in which in addition to the women representatives of the European Coordination Via Campesina, women from the Sindicato Labrego Galego (SLG- Galician Peasant Union) also took part. The open day began with a statement by Nadia Alvarez, from the Andaina feminist collective, which analysed how the crisis is affecting women to a much greater extent, especially those who live in rural areas or work in a farming sector. In this regard, the head of the SLG Women’s Secretariat, Maria Ferreiro Santos, denounced the fact that many female small-scale farmers are giving up making Social Security contributions after seeing the income from their farms fall, due to the rise in the cost of supplies, the rise in taxes and low farm gate prices. In addition, the dismantling of social services related to the care of the elderly and childcare is resulting in an increase in the domestic work done by women in the farming sector and thus in a noticeable loss to their independence. And all of this is happening in a context where we are not even moving forward on an equal footing because of the inefficiency the Law of Shared Ownership. Inmaculada Idañez Vargas, the person in charge of the Women’s Unit of the Coordinator of Farming and Lifestock Organisations (COAG) criticized the absolute failure of this legislative text because of its voluntary rather than compulsory nature. This meant that of the 200 000 female farmers in the Spanish State who do not own the farm on which they work, only about a hundred have requested ownership since the law came into force in October 2011.

Theparticipants took a break in the debate to participate in the demonstration organised by different feminist collectives in Compostela in honour of International Women’s Day. In the afternoon work continued, in groups, to carry out more a detailed analysis of the aforementioned issues and to try and respond to them with a series of demands adapted to the profound changes which the crisis is causing in rural areas and to the farming profession in general; and to the socioeconomic situation of female farmers in particular.