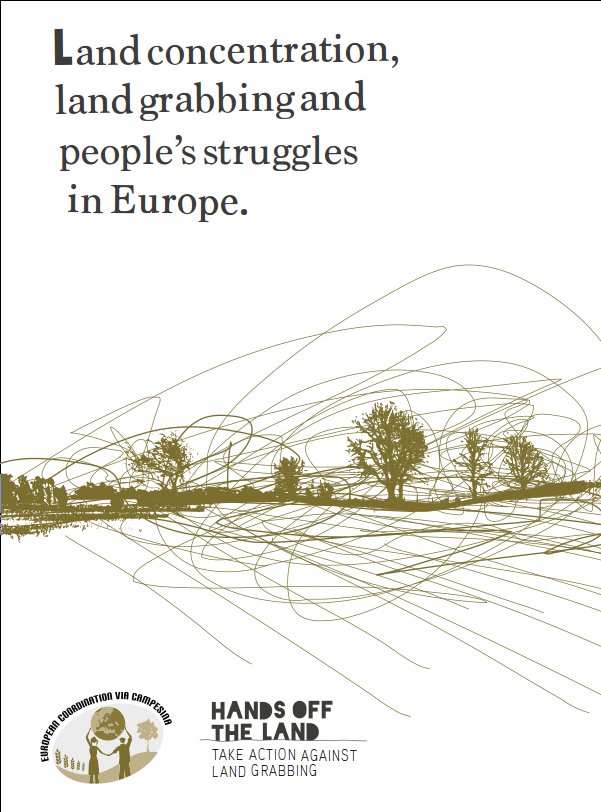 (January 26, 2014) Land prices in eastern Germany are rising at dizzying rates and local farmers feel they are being squeezed out by foreign investors in a phenomenon known as “land grabbing”.

The price of a hectare of land has risen by 54 percent between 2009 and 2012 in Brandenburg state and by 79 percent in neighbouring Mecklenburg-Western Pomerania, even if prices remain below those in the west of the country — at least for now.

The rural east of Germany has vast swathes of arable land inherited from communist times, when farming was in the hands of huge collectives, known as LPGs.

But today the land is increasingly being snapped up by foreign investors, often with no background or interest in farming, pushing prices up and forcing out locals.

For Axel Vogel, head of the environmentalist Green party in the regional parliament of Brandenburg, the phenomenon in eastern Germany amounts to “farm grabbing”.

Agricultural land is perhaps one of the few natural resources of the region encircling Berlin.

Following the collapse of the former German Democratic Republic (GDR) in 1989, a state-run agency, the BVVG, was set up to privatise the land.

But critics complain that the land was sold to the highest bidder rather than the families of the local farmers who had owned it prior to communism.

Indeed, in the privatisation rush following unification in 1990, the GDR’s massive farming collectives were frequently snapped up by their managers.

And as those managers now reach retirement age, it is only wealthy investors who can afford to pay the high prices, even if there are plenty of small farmers eager to step in.

But these “have neither enough experience or money” to buy that quantity of land, said Willi Lehnert, who represents a group of young farmers campaigning against “land grabbing”.

Brandenburg “is being transformed from a village-based agriculture into one that is nothing more than a financial investment,” complained Reinhard Jung, head of the regional arm of the Bauernbund farmers’ association.

The problem is that the practice is completely legal, he said.

The investors include names such as KTG Agrar, a publicly listed agricultural group based in Hamburg, which owns 32,000 hectares in Germany, essentially in the east.

Bauernbund also points the finger at the family-owned Lindhorst group, which specialises in care of the elderly, furniture manufacturer Steinhoff, and the food-canning group Stollenberg, all based in western Germany.

None of the groups responded to enquiries from AFP.

With interest rates at all-time lows, and other investment instruments also in the doldrums, investing in land is attractive.

Whether the land is used for production of food crops or feed stock for biofuels, its value is rising. And EU farming subsidies — allotted per hectare — are another contributing factor.

“European subsidies encourage ‘land grabbing’, because they’re currently guaranteed for a period of seven years,” complained Bernd Voss, head of the association of small farmers, recently at the Green Week fair in Berlin.

Calls to limit the aid were not heeded in the recent negotiations on the Common Agricultural Policy (CAP) for the period from 2014-2020.

And in eastern Europe, with its structures inherited from communism, the phenomenon is particularly pronounced, it said.

In Hungary, the low cost of land has attracted investors from wealthy EU member states with the prospect of capturing lucrative agricultural subsidies following Hungary’s accession to the EU, La Via Campesina said.

It is a problem in Bulgaria and Romania too.

In Romania, foreign investors hold around 800,000 hectares or eight percent of all arable land, with Italians leading the race followed by Germans, Austrians, Danes and Dutch investors.

Another criticism of farm grabbing is that large-scale landowners buying up the plots do not keep cattle, but instead grow cash crops of corn, sugar beets and rapeseed, destroying bio-diversity and leading to the development of a monoculture.

Willi Lehnert insists there is an interest and market for small-scale farming and produce.

“Why not produce it in Brandenburg?” Lehnert asked.