Home » Declaration of Solidarity with the Cuban people 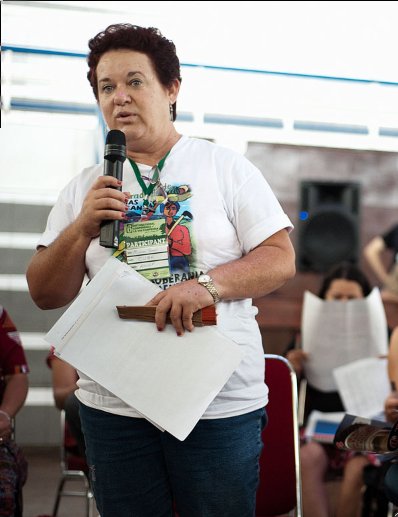 We, the 600 women and men delegates representing 70 countries participating in the V1 International Conference of the Via Campesina, which is taking place in Jakarta, Indonesia, from June 6th-13th, 2013, confirm our solidarity with Cuban small-scale farmers and peasants, women and men, and with the Cuban people, in their more than 52 years of struggle and of resistance to the economic, financial, and commercial Blockade imposed by the Government of the United States of North America, whose objective is to kill a whole people through hunger and illness.

This Blockade originated as a response to the public policies put in place by the Cuban government when it attained its independence on January 1st, 1959, the most radical of which was the Comprehensive Agrarian Reform, adopted on May 17th of the same year, which benefited more than 100,000 peasant families.

We support the just demand and the struggle of the Cuban people for the return of the Guantanamo Naval Base, a territory that is occupied illegally by the United States, against the will of the people, and that during the past several years has become a centre for the imprisonment and torture of persons that the United States government has classified as terrorists.

In the same manner, we commit ourselves to joining the International Campaign to free the prisoners known as the Cuban Five, who have already spent more than 14 years in North Amercan jails. Their very long and unjust prison sentences are the result of a political trial at which they were condemned for the sole crime of defending the Cuban people and the North American people against acts of terrorism.

Long live unity and solidarity among the peoples of the world!