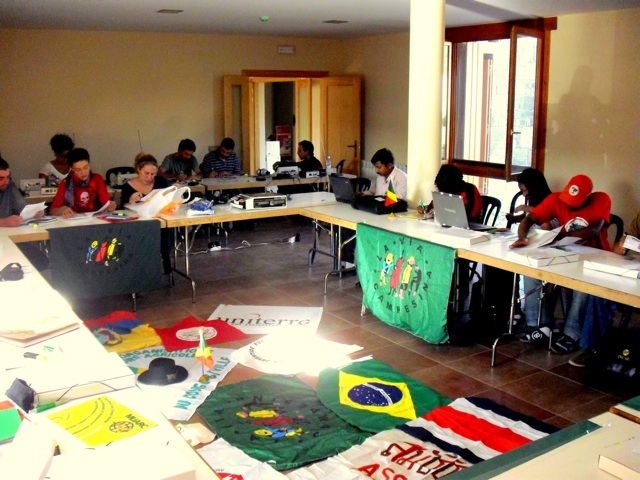 The La Vía Campesina youth present here, are facing discrimination, inequalities, injustice and miseries that are happening all over the world due to feudalism, neo-liberal capitalism and neo-colonialism. This discriminatory system is imposing the corporatization of agriculture and the commodification of food for mongering profit and making the life for peasants and farmers miserable which is compelling them to abandoning farming. This is resulting in the rise of the expulsion of young peasants to the city or to other countries in order to survive.

We, peasant farmers and indigenous youth, organized in defense of life, are a present reality and we are building the future. The identity of the youth is critical for the development of humanity.