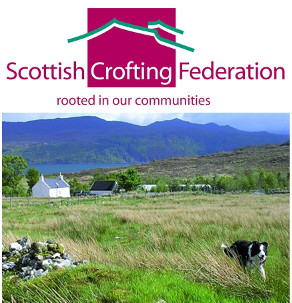 CROFTING’S PLACE in Europe will be the theme of the Scottish Crofting Federation 2017 Annual Gathering, being held on March 10 and 11 in Applecross, Wester Ross.

The event aims to set a crofting agenda for the upcoming Brexit negotiations and a post-Brexit agricultural policy that is fit for crofting.

“The importance of the topic is reflected in the attendance of two members of the Scottish Government’s Cabinet,” said SCF chair Russell Smith.

“On Friday the Cabinet Secretary responsible for crofting, Fergus Ewing MSP, will officially open the gathering with an address placing crofting in the context of Scotland’s rural development.

On Saturday Dr Michael Russell MSP, Minister for UK Negotiations on Scotland’s Place in Europe, will open the day and the session on generating priorities for the Brexit agenda.

“Among other speakers will be Jan Douwe van der Ploeg, researcher on rural development and small farmers; Gwyn Jones, from the European Forum for Nature Conservation and Pastoralism; and speakers from the activist organisations European Coordination La Via Campesina, ARC2020 and the Swedish Association for Transhumance and Pastoralism, who will address the need for food sovereignty and collective action.

The SCF is a member-led organisation dedicated to promoting crofting and it is the largest association of small scale food producers in the UK, with a mission is to safeguard and promote the rights, livelihoods and culture of crofters and their communities.

This is a modified version of an article that originally appeared on thescottishfarmer.co.uk