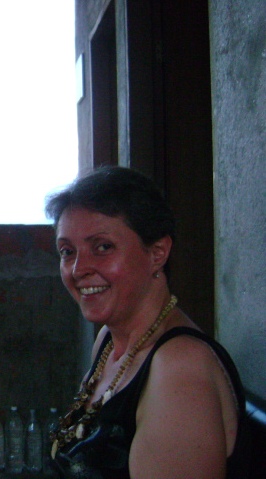 Statement of the International Commission of Women of La Via Campesina

We are writing to you from the International Commission of Women (CIM) of La Via Campesina with tremendous pain in our hearts.

Last Sunday (06/01/2013) we received the sad and repulsive news that our comrade María Do Fetal de Almeida had been brutally murdered by her partner in the city of Sao Paulo, Brazil.

María, a Portuguese citizen, had been a resident of Brazil for over ten years (she did a doctorate in Geography at the University of Sao Paulo – USP), and, since her arrival, had been supporting the Movement of Landless Rural Workers (MST) at La Vía Campesina Brazil and La Vía Campesina International. Maria formed part of the team of interpreters at the 5th International Vía Campesina Conference in Mozambique (2008), as well as carrying out numerous other activities, and more recently translated our newsletter on the Campaign to Stop Violence Against Women . She also interpreted at many of our organisation’s events.

From our war trenches, from our organisations, from the CIM and from la Via Campesina, we are determined to fight against this situation; we are deeply disturbed by this news which has affected one of our comrades directly. We hope the Brazilian justice system will judge her murderer and give him his just punishment.

Maria was a strong woman, with preoccupations, like all women with the double and triple responsibility of work and organisation, and she knew that what is important in life is to “fight and wage war”. To paraphrase Simone de Beauvoir, our own María told us one day: “You’re not born a woman, you become one.”

The example she set as an activist and her dedication as a teacher motivate us to keep fighting, as María did, for a fairer, more equal and internationalist world. Today, more than ever, our fight is indispensable in all corners of our world against every kind of violence against women.