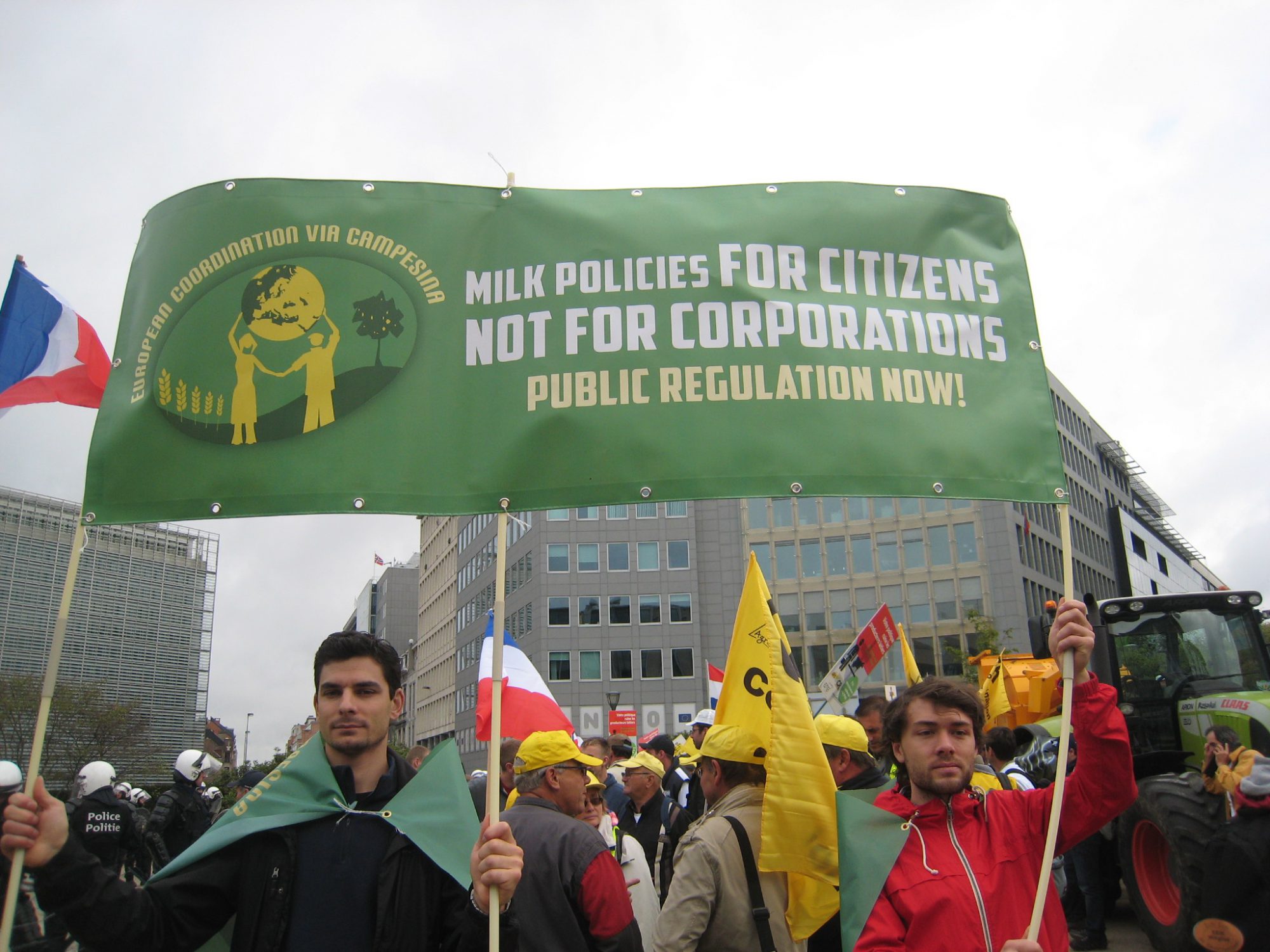 Milk producers’ initiative – 23rd January, during the meeting of the EU Agriculture Council

On January 23rd, the European Coordination Via Campesina (ECVC), along with the European Milk Board (EMB), will demonstrate in front of the Justus Lipsius building – Rue de la Loi 175, 1000 Brussels, against the placement of milk powder resulting from public intervention, and in defence of the restoration of regulatory instruments on milk production in the EU.

It is easy to see why: when the European Commission and the EU Council of Ministers for Agriculture add 360,000 tonnes of milk powder – a result of the intervention – to an already inundated milk market, they are not helping the recovery of production prices, nor are they helping the industry commercialise their massive reserves generated by prolonged periods of recession.

If the Commission and the Council had doubts about the recession in the milk sector, the market they so revere gave them a clear response when, in December, they bought only 40 tonnes – less than 1% – of the 20,000 that were on sale. The reason for this is obvious, it was not the basic tender price that was high, but that the market is so saturated that the price in the private sector is even lower than the price established by the Commission.

The suppression of dairy quotas and the failure of the EU export policy have left the milk market to overflow, and everyone, including the EC, are fighting to eliminate their stocks en masse through big retail.

ECVC still claims that only the restauration of a regulatory instrument on public sector production will halt the destruction of the dairy sector in Europe and guarantee the quality and sustainability of the production model.