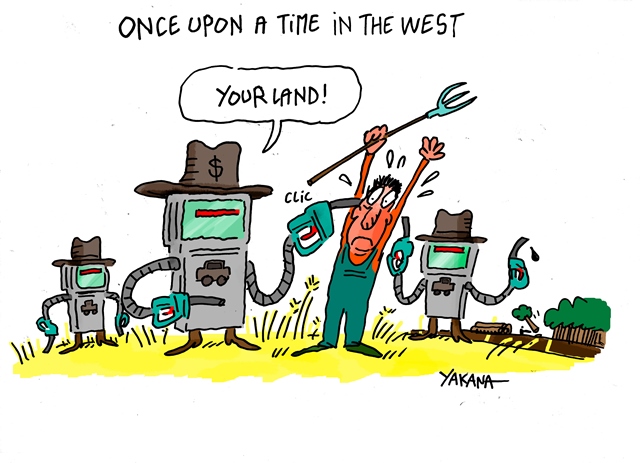 To solve the global warming crisis, multinationals are suggesting false solutions. Far from solving the problem they are contributing with their share of damages. This article is the second in a series of five to appear this week

For those advocates of false solutions, they are known as “bio” fuels. The goal is to produce something that would have the very worthy benefit of reducing our dependence on oil, and in so doing lower greenhouse gas emissions, through the creation of energy derived from plants, a limitless resource by all accounts, which is certainly not the case with fossil fuels!

The truth is that producing agrofuels involves the use of vast swathes of agricultural land at the expense of food production. Thousands of hectares of fertile land once destined to provide nourishment are repurposed, jeopardising local populations’ right to food sovereignty. Furthermore, the expulsion of peasant farmers from these lands, occasionally by violent means represents a denial of people’s dignity and rights.

As has always been the case, land is being sought everywhere, now the decision has been made to fell the trees of the Amazon and elsewhere. The destruction of these areas, often recognised as major carbon sinks, leads to significant CO2 emissions.

Add to that a means of ultra-intensive agriculture, heavily reliant on chemical input, well so much for “bio”…

Lastly, the food crisis of 2007-2008 and the food riots they triggered, brought things into sharp focus: agrofuels put intense pressure on food product prices, and multinationals have wasted no time in sizing up the potential rewards. With a notably large presence in this market is the French company Sofiprotéol-Avril managed by Xavier Beulin (President of France’s largest agricultural union).