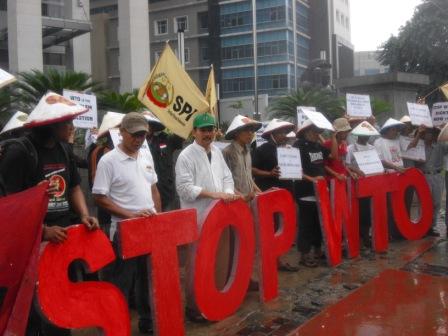 The country members of the CAIRNS Group that gathers the 17 main agricultural exporters in the world are gathering in Bali on 7-9 June 2009. The event is hosted by the Indonesian Trade Minister even though Indonesia is in a very ambiguous situation: the country is still a member of the exporters club even though its trade balance has been negative in the last decade. Moreover, the Indonesian Trade Minister is the Chair of the “G33” in the WTO negotiations, an other group asking for Special Product and Special Safeguard Mechanism (SP/SSM) against free imports.

The Bali meeting has been given a high profile because the CAIRNS Group has invited the key players in the WTO negotiations such as the Director General Pascal Lamy, the Trade Ministers of India and China as well as the United States Trade Representative (USTR). Their participation shows their willingness to revive the WTO talks that have been agonising for years due to some disagreements, mainly on agriculture.

For the international peasant’s movement La Via Campesina, reviving the WTO negotiations is a nonsense.

For interviews in Indonesia: