Home » Brazil and Japan: The Mozambican government invited us to participate in the ProSavana program 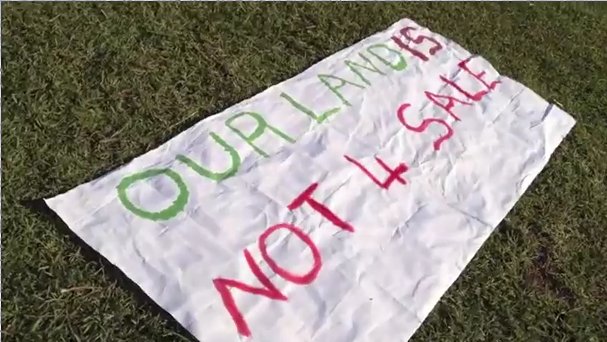 After concerns were raised about the negative effects ProSavana poses to the Mozambican peasants, the governments of Brazil and Japan defended their participation in the program. They said that they are only part of the program at the request of the Mozambican government to develop agriculture in the North region of the country.

The Brazilian government representative, Matheus de Carvalho, who spoke to more than 250 people at the Triangular Conference of the Peoples – July 24th, 2010 – defended his country’s participation. He said that his country is participating in ProSavana to develop agriculture, particularly the research and technology fields, as well as the improvement of local seeds, as means of “helping Mozambique”.

He went on to say that between the two countries, there is a diversified cooperation that includes more than 30 projects in Mozambique, and ProSavana is just one of them.

The co-adviser of the Japanese Embassy, Jiro Maruhash, spoke in the same panel about the responsibilities of Brazil and Japan in the ProSavana. He said that the goal of ProSavana is to ensure food security and sovereignty for small-scale farmers. However, in justifying their participation, he said that the project will be implemented bearing in mind Mozambique’s peculiarities. He added that the Japanese and Brazilians are working in the Nacala Corridor to develop quality seeds to boost local agriculture. Just like the representative of Brazil, Maruhashi said stressed that Japan’s participation in the ProSavana is based on a request by the government of Mozambique.

Reacting to these revelations, the representatives of Mozambican and Brazilian farmers organizations drew parallels between the ProSavana and the PRODECER, a program which has for many years ruined Brazilian farmers and indigenous people, and degraded considerably the environment in the Cerado Brasileiro region. “ProSavana will just be like PRODECER. It destroyed the biodiversity in the Cerado Brasileiro and left hundreds of farmers and indigenous families homeless in Brazil. I do not want my government to transfer such misfortune to Mozambique”, said Fatima Melo from FASE in Brazil.

Vicente Adriano, the National Peasants Union (UNAC) researcher, noted contradictions in speeches of the three governments. He said there was a meeting between the representative of Foreign Affairs of the Japanese Embassy and UNAC to inquire about the financing of Nacala, the Japanese attributed that as a responsibility of Brazil. When UNAC sought clarification from the Brazilian Embassy, they too, pointed the responsibility to Japan.

These contradictions led farmers to conclude that the lack of information regarding ProSavana is a way to cover up for the “mysteries” involving a program intending to grab 14 million hectares of land in 19 districts across three provinces marked as the development corridor in the North”, stated Adriano.

* – Triangular Conference of the Peoples Communication Team about ProSavana