Hundreds of groups and individuals participated in street actions or sent petition letters yesterday 8 November 2007 to protest against the murder of Valmir Mota d’Oliveira Via Campesina-Brazil leader during an occupation of a Syngenta genetically modified (GMO) field trial in Parana, Brazil. They denounced human rights abuses by the Swiss based transnational company and more broadly protested against genetically modified seeds and corporate control over agriculture. Farmers and their allies in Korea, Indonesia, East Timor, United States, Congo, Spain, Chile, Canada, Croatia and Venezuela staged actions in front of the Swiss embassies, the Brazilian embassies or the Syngenta offices. 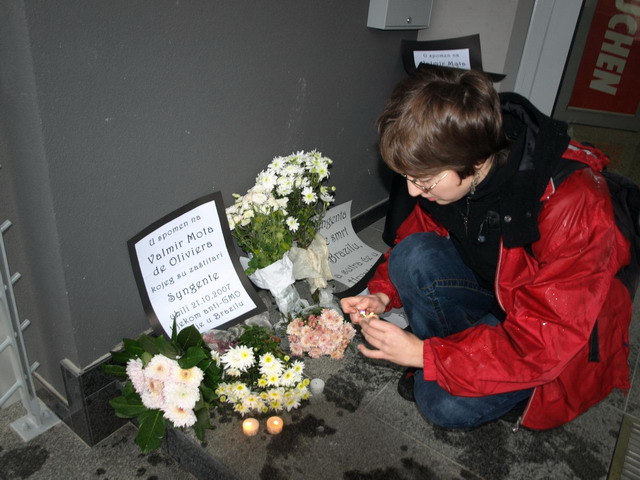 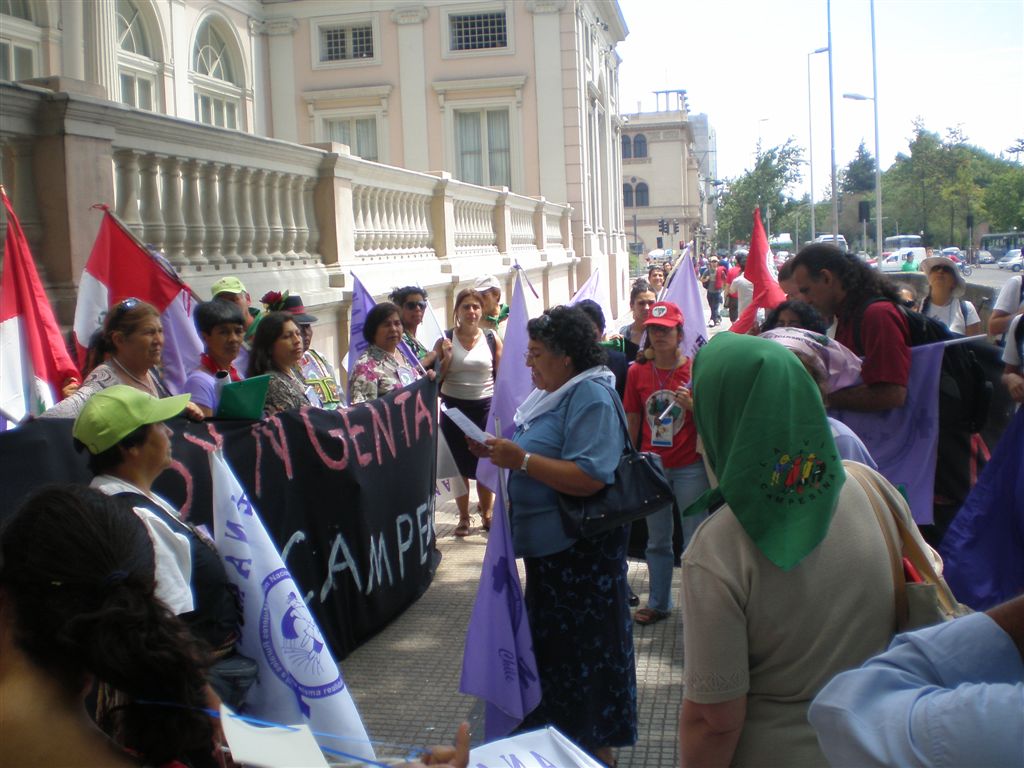 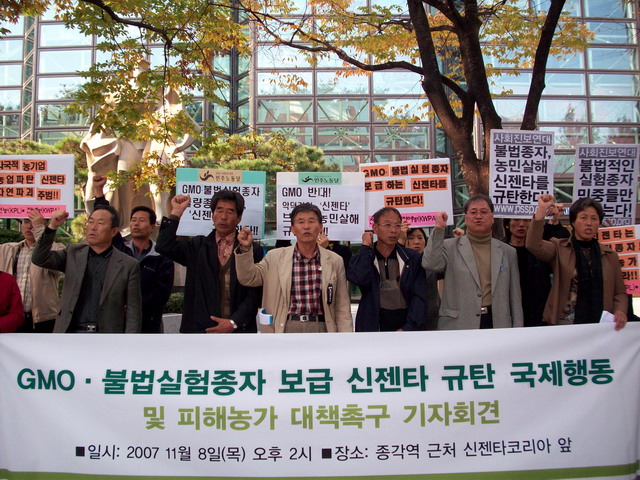 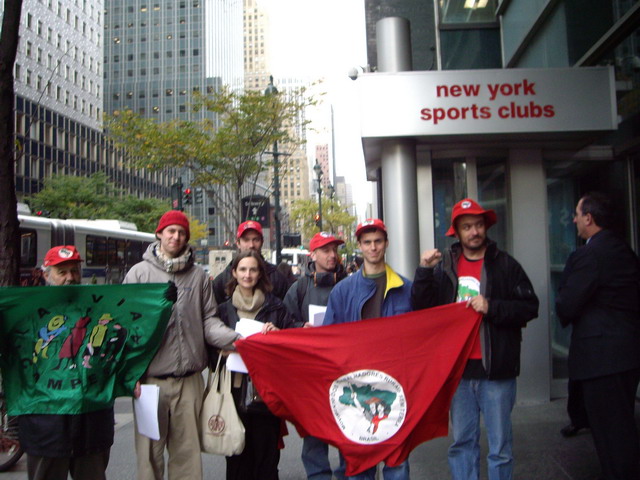 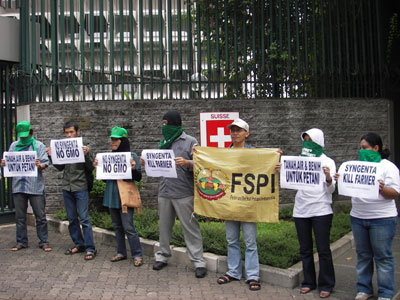 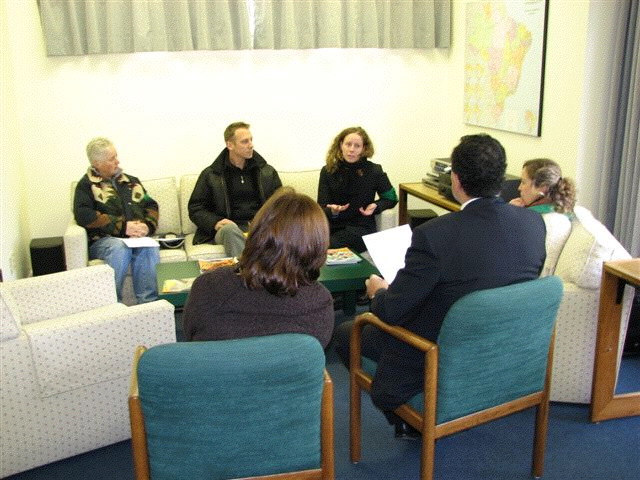 In New York, activists from World Hunger Year, the Farmer Solidarity Project, and Agricultural Missions Inc, and students from Rutgers university met with Daniel Haener, Deputy Consul General at Consulate General of Switzerland to hand him over their demands.

In Congo, in Indonesia and in East Timor (on October 30th) the Via Campesina farmers’ organisations FSPI, Hasatil and COPACO-PRP also staged actions asking for the culprits to be punished and for Syngenta to leave Brazil.

In Switzerland itself, the farmer’s organisation UNITERRE, also member of La Via Campesina, asked the President of the Swiss federation Micheline Clamy-Rey to take a stand on the Syngenta- Brazil case.

Meanwhile, hundreds of e-mails from people from around the world, mainly from Spain, France and Portugal were sent to the Swiss authorities or to Syngenta head office expressing shock and asking for justice. « A transnational company that is monopolising seeds, water and land has to be taken accountable for its environmental and social crimes», says one of the protest letter.

Henry Saragih, Indonesian based General Coordinator of La Via Campesina said «Peasant’s leaders are criminalised all around the world. We are committed to struggle for peasant’s rights, and we know that it will be a long struggle. We invite all our friends and allies to keep supporting the movement and to organise actions and mobilisations against Syngenta and for Peasant’s rights on December 10, International Human Rights Day ».