Home » 2014, international year of family farming: Is it all put on or a true opportunity? 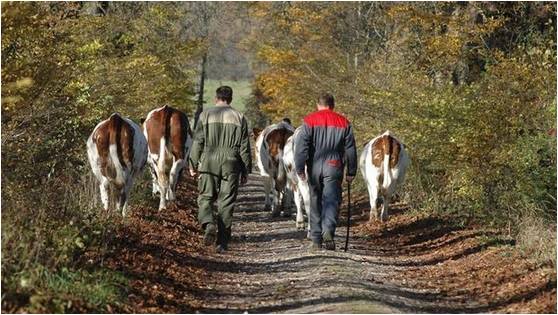 (Brussels, December 2013) On last November 22nd the international year of family farming (YFF) was launched and EU Commissioner for agriculture Dacian Ciolos organized an international conference on November 29th in Brussels. At the same time, Commissioner for external trade Karel de Gucht was packing up for the WTO ministerial conference in Bali. Family farming was not on the agenda over there, but exports, imports, market access,….. To bring then family farming to light during one year, is that all put on or a true opportunity ?

The current rules of international agricultural trade and agricultural policies contribute to the disappearance of family farming.

In April 2014, the signing of the GATT Marrakech Agreement, which has defined the current international trade rules and created the WTO, will be 20 years. This agreement has determined agricultural policies and made with import/export their priority, at the expense of local /regional trade and family farming. Between 2003 and 2010, the EU has lost 20% of its farms (3,000,000), mostly family farms1.

The EU and USA have entered into the negotiation of a transatlantic trade agreement . Does the European Union think this agreement would bring the U.S. agriculture into a family farming model? Or do we fear just the opposite? To accept washing chickens with chlorine to kill bacteria developed in factory farms is bad new for family farming …….

• If trade agreements that kill family farming continue to be negotiated.

• If YFF lights up what it is being destroyed (as before filling the lake of a new dam), by keeping just a showcase of good quality products from family farms. The neoliberal “nomenklatura”, who gets richer with FF disappearance, is mad about them.

• if YFF does not question the industrialization of agricultural production, which ruins family farming. In this respect, the CAP reform the EU just adopted will not hinder the development of large factory farms for pigs, chickens, eggs, milk, etc …, as well as huge industrialized vegetable greenhouses.

• If family farm remains first family the exploitation of the family by the upstream/downstream industries and banks.

But YFF is also a true opportunity for:

The decision of the international institutions to make 2014 the year of family farming looks like a challenge to themselves and to the public. Indeed the gap is increasing between the awareness of public opinion – and also the institutions- about the necessary paradigm shift and the policies implemented, still locked in an out of date ideological framework of previous century.

The international IAASTD2 report and several FAO reports have shown that food security will be better served by sustainable family farming. Facing economic and financial power, for which family farming can only be measured in terms of (international) competitiveness, for which medium and long term don’t exist, but yet still imposes its views to elected policy makers, the citizens and the institutions which represent them have a word in the matter.

Agriculture will be a sustainable family farming or will be just an industry, integrated in the upstream and downstream sectors, exploiting a workforce which has lost autonomy and farmer’s know-how.

If YFF does not initiate a change of priorities in agricultural and trade policies, the announced end of sustainable family farmers will be more likely than the end of hunger.