Statement of la Via Campesina 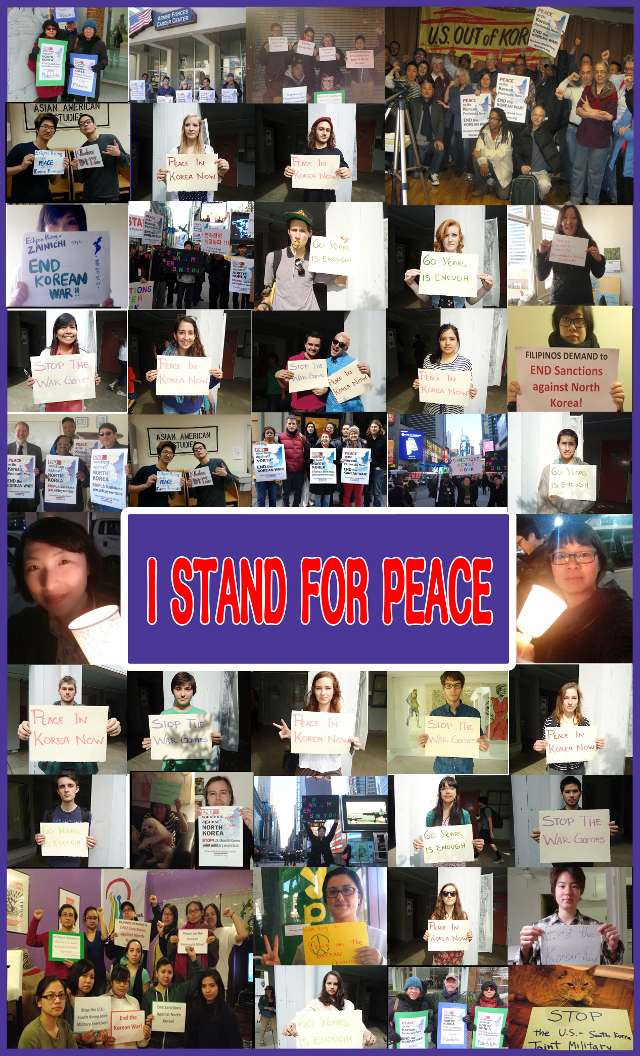 (Jakarta, 15 of April 2013) In March, the US and SK mobilized over 200 thousand soldiers in the Foal Eagle and Key Resolve Military Exercises. In reaction to what it interpreted as military provocations, North Korea responded by rescinding the 1953 cease fire. The United States responded by dispatching the B-52, a strategic bomber with nuclear capability, and the B-2, a strategic stealth bomber, fighters to further bolster the military exercises. North Korea responded by upgrading its battle readiness to its highest level and placing on standby launch its strategic rockets. The US government responded by placing a nuclear submarine in the vicinity of the Korean Peninsula – making this US military mobilization the largest one since the Iraq War. North Korea reacted by sending mid-range missiles towards its eastern sea coast and notifying its intent to launch them. It also advised the complete withdrawal of foreign diplomatic corps. Finally, it closed the Gaesong Industrial Complex, the last buffer zone between North and South and an important symbol of inter-Korean cooperation.

As tensions escalate towards war and instability, many countries (among them Thailand, the Philippines, and Australia) have issued first warnings to their citizens in South Korea notifying them of evacuation contingency plans. The increasing tensions in the Korean Peninsula have affected the South Korean economy, plummeting its stock markets and the value of its currency.

With military communication lines cut, no mechanism exists to avert a military clash. Yet, the Korean and US governments continue to escalate the situation by provoking North Korea into taking ever more fierce and intense measures.

We, at Via Campesina, fear the outbreak of war in the Korean Peninsula and urge the South Korean, North Korean, and US governments to:

1.Stop all actions that heighten tensions. Halt all military actions.

3.Address the root causes of the current war crisis by finally signing a peace treaty and establishing a peace regime in the Korean Peninsula.