Home » The International Treaty of Seed – FAO refuses to collaborate in biopiracy: INRA and CIRAD must do the same! 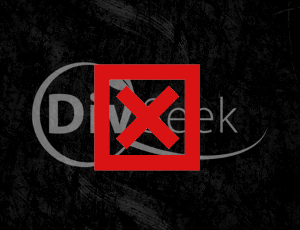 The ITPGRFA (1) has decided to withdraw from its partnership with DivSeek, a consortium of agricultural research centers that organizes biopiracy at global level. This is the first victory of Via Campesina, which in 2014 denounced this planning of the flight of all the seeds of the world, before being supported in 2015 by many “southern” governments and NGOs.

DivSeek was set up with money from the World Bank to carry out the genetic sequencing of all the seeds held in the genebanks of the various countries of the planet.

It then publishes these sequences accompanied by information on the characters of interest of the plants concerned. The seed industry then has only to recover this information to confiscate all the peasant seeds. It is enough for him to file patents on their genes and the particular characteristics to which they are linked. These genes existed long before the industry’s search engines could identify them, but the industry claims to have invented their discovery in order to patent them.

The free access granted by DivSeek to this information is a blatant violation of the Convention on Biological Diversity and the ITPGRFA. These international agreements prohibit patents that may restrict access to seeds from public genebanks. That is why the governments of the member countries of the ITPGRC have demanded that he withdraw from Divseek.

But today, 66 agricultural research centers, mostly public, are still partners (2). Governments must put an end to this collaboration. The Peasant Confederation calls on the French government to demand the immediate withdrawal of INRA and CIRAD, who are still members of DivSeek.

THE FOLLOWING ORGANIZATIONS HAVE BECOME DIVSEEK PARTNERS BY ENDORSING THE DIVSEEK CHARTER:

1 International Treaty on Plant Genetic Resources for Food and Agriculture