Home » Territorial Markets: Via Campesina members and allies participate in the workshop in Rome

International workshop on data collection on territorial markets took place in Rome from 19-20 June 2018 at the FAO, (Ethiopia Room). Members of La Via Campesina from Asia, Africa, Europe, South America participated in the meeting to build participatory methodology of research on territorial markets around the world, together with researchers, FAO, allies like ROPPA and other civil society organisations.
During the workshop, participants elaborated on ‘territorial markets’ as follows:

“[Such markets] are all situated in and identified with specific areas. The scale of these areas can range from the village up to district, national or even regional, so they cannot be defined as ‘local’. Their organisation and management may incorporate a weaker or a stronger dimension of formality but there is always some connection with the competent authorities, so they cannot be defined as purely ‘informal’. They meet food demand in different kinds of areas: rural, peri-urban and urban. They involve other small-scale actors in the territory: traders, transporters, processors, traders. Sometimes these other functions are performed by smallholders or their associations. Women are the key actors here, and so these markets provide them with an important source of authority and of revenue whose benefits are passed on to their families…”

During two days of intensive discussion, LVC members contributed to building methodologies to collect data on markets linked to local, national and/or regional food systems– both rural and urban, formal and informal – to improve the evidence base for policies, including age, gender, and geographic dis-aggregated data, incorporate this as a regular aspect of data collection systems, and make this information available to smallholders. 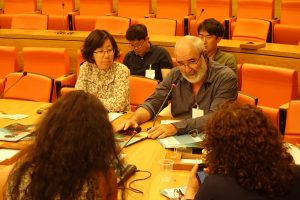 During opening session, Javier Sanchez from La Via Campesina Spain stressed that, fundamentally, the studies should focus on the needs of peasants, land workers, fisher-folks, indigenous people, women and youth, instead of focusing on the data gathering itself, and must give positive impact on building policies favourable to territorial markets. 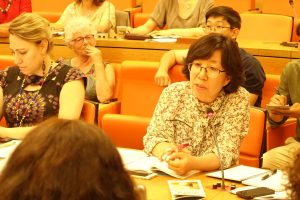 Participatory methodology workshops in the regional level will be organised soon, starting from Africa regional between September and November, 2018, followed by workshops in Latin America, Asia, and Europe from 2019.