Home » Sowers of struggles and hope for feminism and food sovereignty! 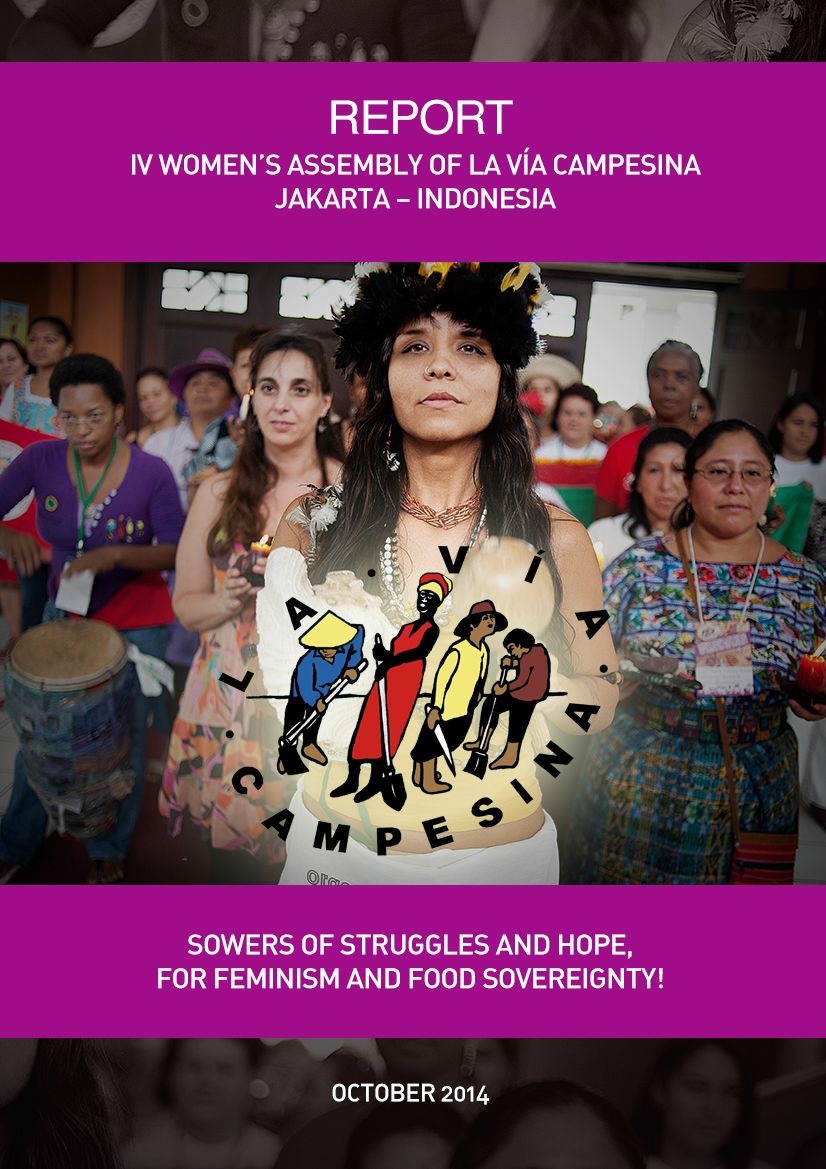 Title: Sowers of struggles and hope for feminism and food sovereignty!

Summary: The struggle to build new gender relations in the 20 years since the existence of la Vía Campesina has demanded of us women two types of revolution: firstly, one which accepts that the patriarchal system and sexism have existed throughout history and which denounces capitalism and neoliberal models as the main causes behind increasing discrimination and violence against us women. And secondly, another revolution, which analyses the problems of social relations within our movement, promotes our political participation and recognises the role we have played and the impact we have had on the historical construction of the Via Campesina.

This report captures the exchanges of the 4th Women’s Assembly aimed to strengthen our organisation. Issues discussed include the capitalism crisis and its consequences for women; patriarchy; the campaign to stop violence against women; feminism and the challenges in constructing a peasant and working class feminism.