La Via Campesina South East Asia and East Asia organised its first regional youth forum hosted by Assembly of the poor (AOP) in Chiang May, Thailand from October 20 to 25 2007. This initiative came from discussions among the youth delegation in the mid-term conference of La Via Campesina in Seville in December 2006 and further discussions during the youth meeting during the food sovereignty forum in Mali on February 2007. The Japanese farmer’s organisation NOUMINREN also invited some farmers from Indonesia to join its youth association meeting, stressing the importance of youth farmers for the future of agriculture. 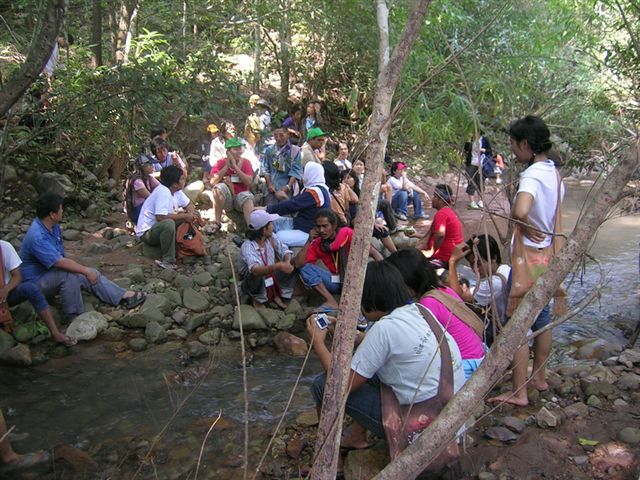 AOP organized an national youth forum before the Via Campesina meeting in Chiang-May. 50 Thai youth attended this national event, among which 10 youths joined the international meeting with youths from Japan, Korea, Timor Leste, Indonesia and Philippine.

The program included discussions, field trips, a public meeting and a press conference in order to raise awareness among the participants about the realities of young farmers in other countries.

In reality, there isn’t much hope for young people in the villages: there is no job and if youth want to work as a farmer, there is no land to till. In developed country such as Japan and Korea, there are very few young farmers and if you find any, they live in isolated areas. However, young people want to make friends and don’t want to be isolated. Most of the rural youth migrate to the city and live in poor conditions in cities. Japan and Korea face the problem of ageing farmers. In Korea, the average farmer’s age is 50 years old and agriculture is in a crisis. 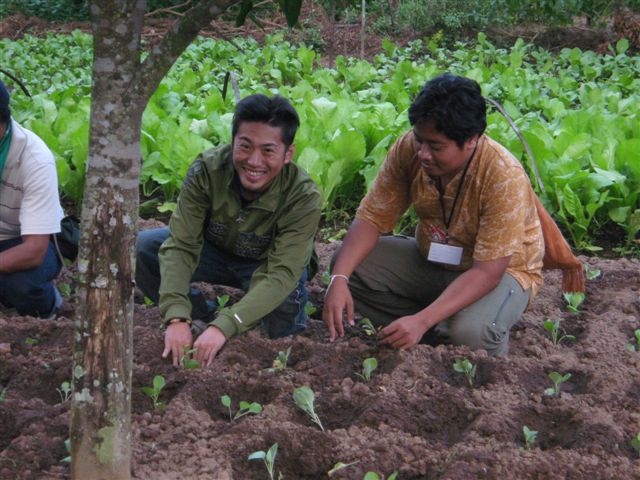 In South East Asia countries, rural youth have no job and are losing hope. Most of them migrate to cities or go abroad to find low wage jobs. In some cases, young women end up as prostitutes abroad. It happens also for example in Thailand that some farmers send their children to school and have to sell their land and cattle to pay their education. After graduation, the parents hope that their children will work in an Air Conditioned room and not in the field, under the hot sun like them. But in reality, it is even difficult to get a job interview, leave alone a real job. Therefore, this is the dilemma that educated youth are facing: to stay in the city and live poor lives or come back to the village, full of shame, because people expect them to come back with lots of money.

The youth went to the Kaeng Seua Ten community. There, they went to the forest to collect mushrooms and bamboo shoots. There is a river in the forest that divides the forest for food gathering and the golden teak forest for wood. This is the biggest golden teak forest in the world, before one forest in Myanmar. The people who live around the forest can gather food from the forest without destroying it. The community is watching very closely any activity of illegal logging, they realise the importance of forest and river conservation. Youth play an important role in protecting the forest by organising patrols and re-planting trees. There is a rumour saying that the forest will be cut off and that a dam will be build, flooding 4 villages. The dam is funded by the Asian development Bank and will flood the villages as well as the forest. Outside the community, people only assess the economic value of the forest from the golden teak wood. But the the Kaeng Seua Ten community is carrying out research on biodiversity, assessing the loss they will have to face if they lose their forest. Therefore, people reject the dam construction as its does not serve the interests of the local community.

The group also visited the Mae Ta community that grows organic products and sells them directly to the consumers in order to increase their income. Farmer have to parctice organic farming to get the support from the cooperative. Some of the products are sold on he local market and some are exported. What is interesting is the way they have involved the school to introduce organic agriculture to students. Farmers sell their products in the school hall, the buyers are the parents and a broader public. Beside the fresh products, they also sell processed food from the organic products, respecting hygienic standards.

La Via Campesina youth committed themselves to organise a youth forum next year in another country. What we learned in Thailand will be shared among the youth in their organization. At the end of the programme we produced the youth declaration and we reaffirmed our commitment to struggle.

We, La Via Campesina youth, have a strong commitment to struggle at all levels,

1. To oppose neoliberal model promoted by the WTO, EPA/FTA, IMF, World Bank.
2. To encourage youth to return home and practice farming and spread the food sovereignty concept to young people and preserve and protect natural resources by implementing a genuine agrarian reform.
3. To oppose monoculture, seed monopoly and contract farming, since this leads to disaster, heavy indebtedness of poor peasant families and the loss of farming land.
4. To promote organic farming and to build farmers-consumers alliance in our communities.
5. For Asian peoples agriculture is our livelihood and our culture and dignity is not a commodity.
6. To Protect the people’s rights to have access to natural resources and their use for the sovereignty of the people.
7. To strengthen the youth alliance and making the voice of youth heard.
8. To promote gender equality and recognition of women’s role in the community.

Now its time for food sovereignty!