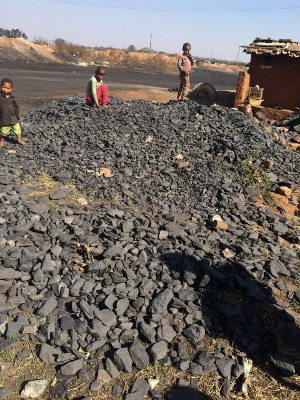 The Southern African People’s Solidarity Network hosted a Permanent Peoples’ Tribunal on Transnational Corporations in Manzini, Swaziland between the 16th and 19th of August. The tribunal was held on 16th and 17th followed by discussions until the 19th about building a ‘Peoples-Driven Southern African Development Community (SADC) committed to the total liberation of all’.

Several organisations and social movements from countries that included Swaziland, Mozambique, South Africa, Lesotho, Zambia, Mauritius, Malawi and Zimbabwe discussed the impacts of the transnational corporations on the communities and women at large. The members who attended the tribunal expressed their dissent towards European countries that fund transnational corporations to come to Africa and wreak havoc on its environment, ecology and natural diversity, thereby impacting the lives of millions of people.

Many of the speakers highlighted the rampant mining of coal and diamonds in the region.  Most South Africans are going through difficult times because of coal mines, they alleged. The communities are being relocated to infertile areas where they cannot produce anything from the fields, they walk long distances to fetch water, which is more often than not polluted. Their homes are cracking and falling apart due to blasting. Many people are getting sick because of the coal dust that is everywhere. The mining companies do not compensate them for their sicknesses nor provide with the communities with medical facilities. People are dying in extreme hunger and poverty, they alleged.

As for the Zimbabweans, they are going through difficult times due to diamond mining. The water is polluted such that the communities and their livestock have no clean water to drink nor for any domestic purposes. The mining companies do not provide any facilities for water purification to make it safe for people to drink. They also dig deep holes and trenches, which are left unfenced leading to several cases of death of children and livestock. Despite all this, companies are not willing to compensate. All the promises that these mining companies make before they invade the area are not at all fulfilled once they achieve what they came for.

High levels of Unemployment in SADC countries were a cause for concern highlighted by speakers. This affects mostly the youth because their future is fading in front of them as they have no income nor any means of survival. This leads to theft, prostitution and HIV resulting in increased death rates especially among the younger generation.

Plenaries held during the days also discussed the impact of International Free Trade Regimes, brought up the need for climate justice. Intense discussions were held on democratic governance, scramble for resources, seed policies in SADC region and also the political crisis in the region.

In the spirited discussions that followed most participants emphasised on the need for regional unity and an a pan African solidarity to struggle for social justice.