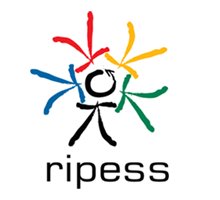 The ‎Intercontinental Network for the Promotion of Social Solidarity Economy (RIPESS) supports the International Day Against WTO and Free Trade Agreements as called for by the international peasants movement Via Campesina. RIPESS reaffirms our commitment to opposing on-going global free trade agreements such as, but not limited to, CETA, TTIP, TPP, TISA and RCEP.

We, as a network of practitioners and promoters of social solidarity economy are deeply concerned by the grave impacts that these trade pacts have on the erosion of democracy, human rights, the environment and food‎ sovereignty at both local and global levels.

The nature of these trade agreements and pacts does not aim to enhance the living conditions of the‎ people, but to advance the corporate agenda of transnational corporations.

The Investor State Dispute Settlement (ISDS) mechanism that is included in all of the above trade agreements threatens local sovereignty in‎ existing trade agreements and will bring this threat to a significantly larger‎ scale.

These trade agreements are not solutions to the dire economic situation confronting our planet. Rising inequalities, overuse and exploitation of natural resources, the privatisation of public goods and services, increased food insecurity caused by land-grabbing and industrial agriculture are all clearly linked to these agreements and
the neoliberal goals and financialisation that they represent. They confer increased‎ privilege to a handful of transnational corporations’ shareholders, the 1%, while exacerbating the social, financial and environmental issues for the rest of the 99%.

Social Solidarity Economy (SSE) as promoted by our global networks and their millions of members is based on human rights and democracy. It is a means of realising a different kind of economy that is based on community and collective governance of the production of goods and services. Social solidarity economy has historically and empirically proven to be effective. Our members are well advanced on this road of producing collective alternatives to the neoliberal market economy. We reaffirm our commitment to promoting this systematic change and join the Via Campesina in the call to remove agriculture from the WTO and confirm our commitment to opposing all FTAs, including TTIP and TPP.