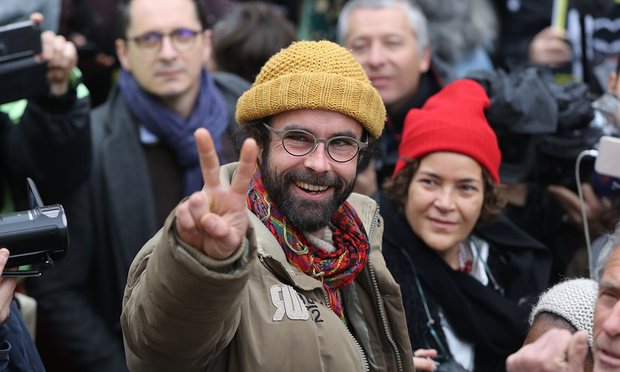 (Brussels, February 10, 2017) In light of the sentence given this Friday morning by the Nice (France) Criminal Court regarding Cédric Herrou, the European Coordination Via Campesina wants to express its deep solidarity with the French farmer from Val Roja, on trial for having welcomed more than 300 undocumented migrants and providing them with humanitarian aid.

It is deeply unsettling that, considering the humanitarian emergency experienced at the borders of the European Union, State authorities are persecuting those that don’t remain indifferent to human suffering, who help fellow human beings overcome danger and live with dignity. EU and member state authorities must wake up and understand that markets and Capital come second to human welfare. Together with Cédric Herrou and with those who fight for solidarity and humanity we say:

STOP the criminalisation of migrants and migration!

STOP persecuting those who act to help humanity!