Home » “Plant a Seed in Area C”: a campaign by the Union of Agricultural Work Committee, Palestine

“Plant a Seed in Area C” is a campaign led by the Union of Agricultural Work Committees (UAWC) and designed for supporting Palestinian farmers in Area C.

UAWC is facing a systematic incitement campaign against its work, and directed towards defacing the organization and stopping the support it receives from governments and organizations. The incitement campaign has been launched against UAWC due to the organization’s strategic role in supporting the resilience of Palestinian farmers against ongoing Israeli violations, its work against attempts to annex Area C as well as its land restoration projects in Area C.

What is requested from campaign supporters is planting a “moral” seed in Area C by utilizing a specific application on the campaign’s website through which trees or seeds can be chosen that Palestinian farmers will later plant in their lands. The supporters’ choices can also be shared on social media as a way of showing support for the campaign and its message. 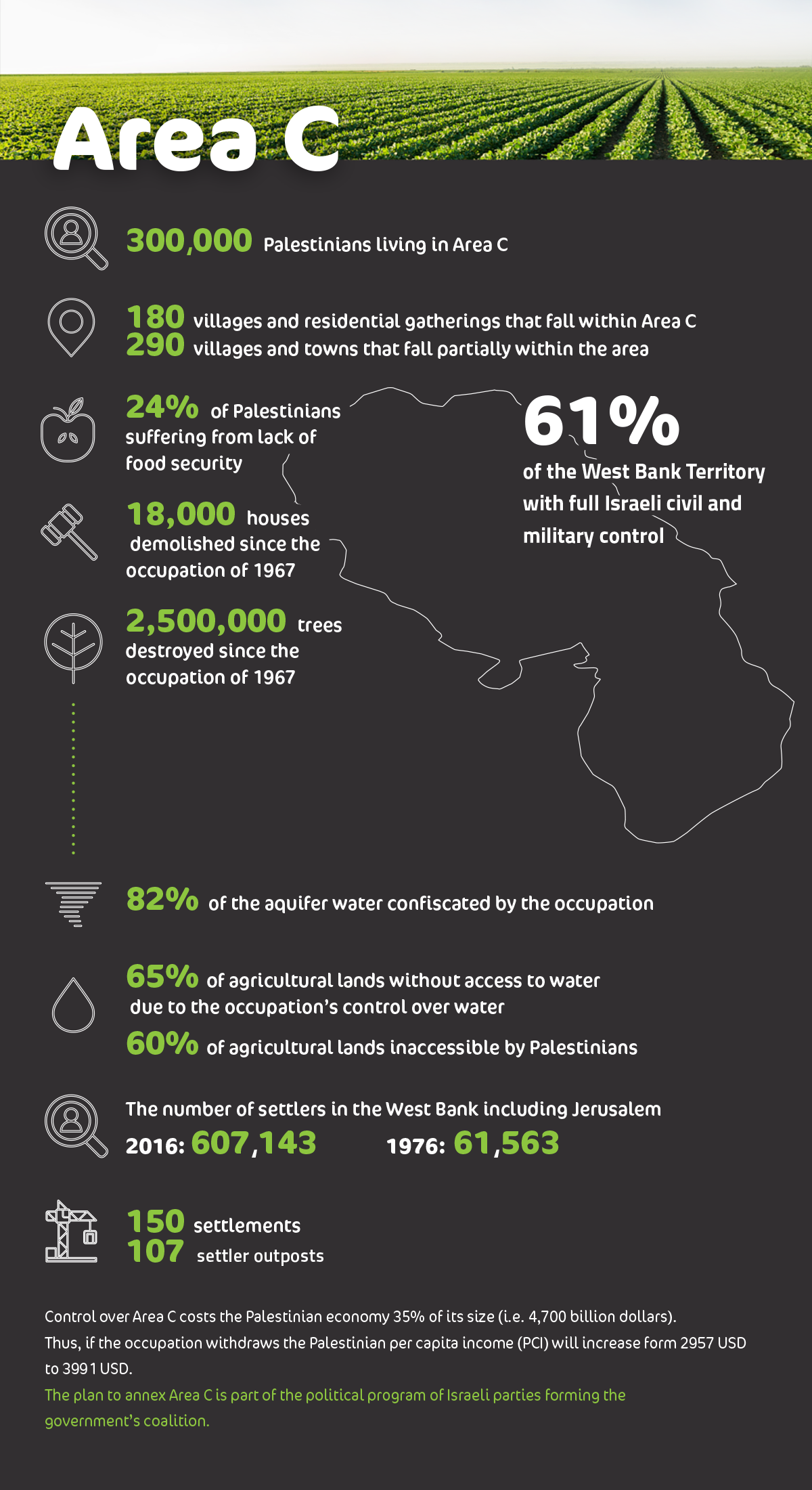