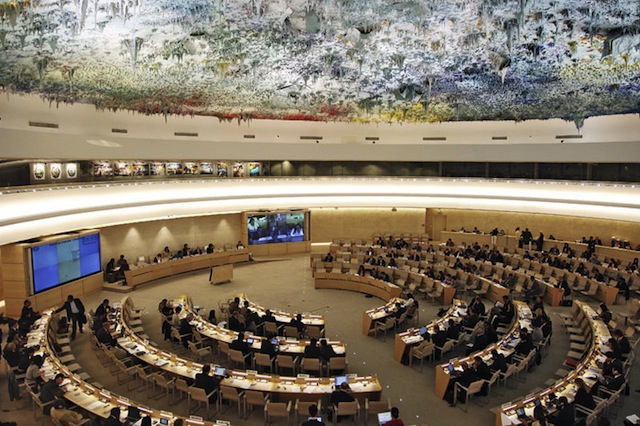 The 7th session of UN Human Rights Council Advisory Committee is commencing from 8 to 12 August 2011.

Among the participants are delegations from La Via Campesina, who are fighting for an initiative towards an international convention of the rights of peasants.

La Via Campesina, Foodfirst International Action Network (FIAN) and Centre Europe – Tiers Monde (CETIM) organize a side event to the 7th session on Tuesday (9/8). Participants from member of the advisory committee, States, experts and NGOs discuss the initiative and how to increase the legal protection of peasants and other people working in rural areas.

“There has been an exponential growth of violations of human rights,” Yolanda Areas Blas says. She is the member of La Via Campesina from Nicaragua. “These violations hinder peasants and people in rural areas to produce food and to live with dignity.” Yolanda continues to underline the regional panorama of the violations in Central America, “25 peasants are murdered in the last year alone related to land conflicts in Honduras.”

“Peasants all over the world should mobilize in this important step of advancement of their human rights,” states Jose Bengoa, member of the Advisory Committee. “We need to convince States that this is the time for peasants, it is a necessity, to a new instrument to protect the rights of peasants, and also to recognize the right to land in international human rights law,” he concludes.*****