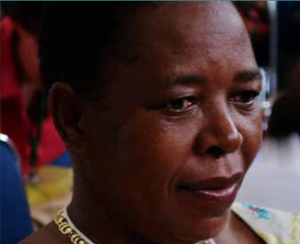 Demand for foods based on traditional crops, with a clear link to local culture, is increasing in Zimbabwe. With this, Elizabeth Mpofu’s message is clear: policy needs to protect traditional crops and varieties, rather than introduce costly new ones, which require agrochemicals that damage nature and our health.

In the whole of Africa and especially in my country, Zimbabwe, our elders cultivated crops not just for the sake of growing food but also for many other purposes, including for health, their relationship with nature, and their cultural and spiritual practices that are important to identity and belonging. Moreover, after many decades of unsuccessful experience with the green revolution, we have seen that traditional crops are easier to grow. Thus, where l come from, many smallholder farmers are now abandoning hybrid crops grown with a lot of fertilizers and other chemicals, and are replacing them with a wide variety of traditional ones.

In the cities of Zimbabwe, l have witnessed an increasing demand for foods based on traditional crops. Medical practitioners are recommending such foods to their patients suffering from various ailments. Herbal pharmacies and food outlets that serve organic dishes based on traditional crops are now common and popular among urban dwellers. The link between traditional crops and local culture is direct. Some crops have meaningful local names related to our culture, some of which reflect their relation with women. For example, some traditional maize varieties are called mbuya usafe, meaning grandmother do not die; and mukadzi usaende, meaning my wife do not run away. Small grains such as rapoko (finger millet) and mapfunde (sorghum) and mhunga (pearl millet) are used in traditional ceremonies. And pulses such as cowpeas and beans have always been present on our farms, enriching our diets and also the soils. They are easily intercropped, and you can dry the leaves and have vegetables all year round.

To keep cultural eating habits and practices alive, as women, we play a big role. We are well aware of different crops and varieties, and their importance to the health of the family. Preserving seeds and the various ways of processing them are also women’s roles. l take advantage of the many meetings and conferences l attend to talk about the importance of these traditional crops and their relation with women. My own experiences with these traditional crops while growing up in a community and family has given me strength to speak out and I encourage other women to raise their voices as well.

Our messages are clear: we want our governments to protect our traditional crops and not to introduce costly new varieties which require agrochemicals which damage nature and our health. We cannot let our culture die. We need resources to raise awareness of the benefits of traditional crops, particularly among the new generation that is being seduced by unhealthy food.

Elizabeth Mpofu (eliz.mpofu@gmail.com) is the General Coordinator of La Via Campesina and the chairperson of the Zimbabwe Organic Smallholder Farmers Forum (ZIMSOFF). She is Farming Matters regular columnist for 2016.