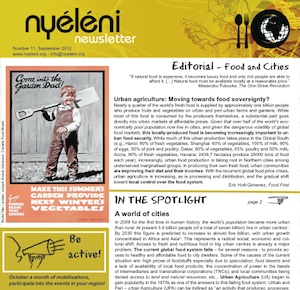 Nearly a quarter of the world’s fresh food is supplied by approximately one billion people who produce fruits and vegetables on urban and peri-urban farms and gardens. While most of this food is consumed by the producers themselves, a substantial part goes directly into urban markets at affordable prices. Given that over half of the world’s eco-nomically poor population now live in cities, and given the dangerous volatility of global food markets, this locally-produced food is becoming increasingly important to urban food security.