The first afternoon of the VIIth International Conference of La Via Campesina was dedicated to the international political context which is characterised by the unsolvable capitalist crisis and ever stronger pressures on populations, states and the environment, together with the dangerous commercialisation of natural resources. The following day, the struggles and resistances were evoked. La Via Campesina’s members, throughout the world, consider that the only alternative to the imposed model is food sovereignty, and that agroecology is the only way to achieve this and to feed the people. In these two spaces the regional specificities were analysed.

Asia reported in particular the overwhelming power of the World Trade Association (WTO) as well as the numerous free trade agreements which render populations increasingly dependent. In addition, populations there are especially affected by climate change, and peasants and smallholders are put under pressure by the “smart” agriculture promoted by multinationals. Fisherfolk are also afflicted. At the geopolitical level, the belligerent tension between the United States and an increasingly powerful China is felt here more than anywhere else. This is particularly illustrated on the Korean Peninsula where the United States wants to set up an anti-ballistic missile shield, as a show of strength against Russia and China. In addition the US is attempting to militarize Eastern Europe, to have Asia in its line of sight. In India, men and women peasants continue to commit suicide on a daily basis. 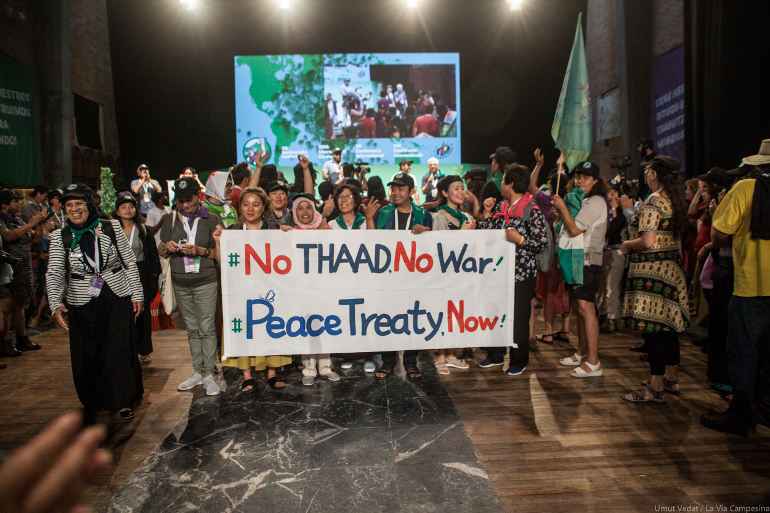 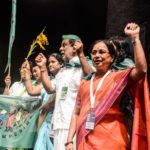 The resistance against capitalism and endemic poverty is becoming increasingly organized and there are a few shining examples of successful struggles in Asia. Nepal has added food sovereignty to its constitution. In Indonesia, where the work began on a Declaration on the Rights of Peasants and Other People Working in Rural Areas, the Indonesian peasant union SPI has convinced the government to implement several public policies in favour of peasant agroecology. The Asian members of La Via Campesina participate in international mobilizations: they will be present at COP23 and will travel to Buenos Aires in December, to protest against the WTO’s Ministerial Conference. Agroecology also favours the convergence of struggles. It is linked to climate justice and helps strengthen the movement. Education on the topic is being organized, in peasant-to-peasant trainings and at the regional schools. In India, the Zero Budget Natural Farming movement is gaining momentum.