Home » Ndiakhate Fall: “Land is everything for us” 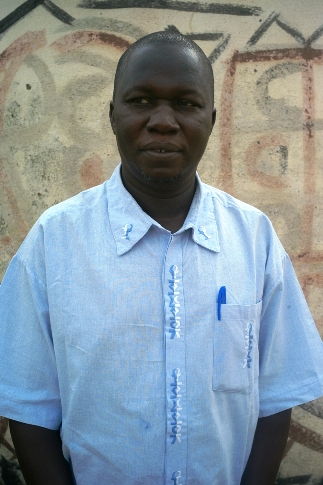 Interview with Ndiakhate Fall, from the region of Thies, Ville de Mecklie, member of the CMCR (Conseil National de Concertation et de Cooperation des Ruraux) that is the platform of peasants’ organisations in Senegal, member of Via Campesina.

I am a farmer. I grow mainly peanuts, and other vegetables for consumption, as well keeping sheep and cows. My country Senegal has already promised to give away 500.000 hectares of land for growing agrofuels or food for export. Senegal has many examples of land-grabbing, and most of them are linked to a number of specific phenomena.

First of all the extension of cities. In all big cities nowadays there are real estate companies that want land to build houses or to sell it to private investors. Secondly, there are land grabs by mining industries; many companies come and settle in Senegal – for example, an Austrian company, that mines zircon, has grabbed a lot of land and robbed many farmers.

Another example is from the valley of Fanaye, where an Italian company has received 150.000 hectares of land from the government. Local communities have opposed and resisted these landgrabs but we have unfortunately been met with violence, which has resulted in the death of a number of farmers few months ago. All these are different systems of land-grabbing, but this is not an exhaustive list, and there are many others strategies of land-grabbing nowadays in Senegal.

At present, thanks to the information campaigns developed by peasants organizations and other civil society organisations many farmers are refusing to be pushed off their land. Unfortunately other farmers still accept being expelled from their territories as they believe the promises of the foreign companies: that they will create jobs for their children; that they will produce food for their own food security, etc. A few years ago a local community agreed to give away their lands to the Austrian company in exchange for compensation. But today they have started to organise protests to show that the promises haven’t been kept, as for example the promise to create jobs – in fact only ten young people from the area have been employed, while all the rest of the employees come from outside. This is important for us, as more and more farmers are becoming aware that all these are false promises.

In Fanaye, an Italian company (SENETHANOL) asked for land to build a factory for the production and processing of agrofuels. When local communities discovered that they were going to lose their land and villages they decided to resist. After the violent death of two farmers, killed by local elites corrupted by the project, we organized a big march in the capital city as these incidents occurred around 300 km from Dakar. The prime minister decided to meet the people and finally to suspend the project. But we are still alert as the government told us that they have already received 500 million franc (763.000 euro) from the company, so we are aware that the State will not reimburse that amount, and we know that it will try to find another place, probably where farmers are easier to manipulate: so we keep our eyes open to be ready to react to any event.

In the past we created a monitoring and alert committee to supervise all that concerns grabbing and expropriation of land. There were also organisations, members of CNCR, that in 2010 carried out the follow up of an agrarian campaign prepared by the Federation of Non Profit Organizations of Senegal. As part of the follow up, they identified at the level of every rural community the land that was used, and by whom (new or old peasants, investors, etc..). After that study, we already felt the need to work through the monitoring and alert committee to ensure that the land stays in the hands of peasants. After the violent events of Fanaye last summer, the committee was reactivated and now many groups have decided to engage with and join it in order to share updates, inform public opinion and develop strategies for peasant awareness. It is a committee that works really well, as everybody receives information online if any land is grabbed in the country, and then we engage the media, especially private radios, deepen the information we have and spread it to the general public. After the death of the farmers this summer, all society understood the urgent need to stop the violence and to stop land –grabbing, a problem that jeopardizes the survival of small scale farmers. If we do not do anything to stop land-grabbing there will be more and more deaths as peasants today are aware of the necessity to struggle against the appropriation of their land.

Management of land in Senegal

There is a law in Senegal of 1964 that says that the land belongs to the State. Communities have the right to use it and the state cannot take it back from communities if they “making valued use of it”. The State can only reappropriate land in the case where development on that land is for a project in “the common or public interest”. In 1972, with the decentralization law, the management of land was transferred to local community councils. Yet if there are investors interested to lease or buy land, they need to pass firstly through the State. Then it is the State that writes a letter to the local community councils to tell them to give their land away to this or that company as it will develop a project of “public interest” on the land. These terms are subject speculation, as every investor can present their project as a project of “public interest”, even if it is clearly not true.

We have now asked every department in Senegal to think about what “a project of common interest” and ”making value from the land” mean to them. Only then we will be able to say when lands can be – as an exception – taken from communities and when the grabbing of land is not acceptable. We, as a farmers organisation, say that we need to redesign this law. We need to adapt it to the peasants’ situation and to ensure the participation of peasants in the management of the land. Peasants need to be the real owners of their lands, as land is everything for us, without land we are no longer farmers – land is not just an economic asset, it has an essential social and cultural value.

The importance of this first peasants forum against land-grabbing

This forum has been very important. Firstly, it allowed us to exchange knowledge with other organisations on their struggles and to improve our strategy with the experience of other participants. Secondly the forum gave us the possibility to alert our governments and the regional and sub regional institutions to the terrible effects that land-grabbing has on food sovereignty. It was also an occasion to raise peasants’ awareness, to give them important information and to build even stronger arguments to prove that the companies’ message of creating jobs and developing our countries is a completely false discourse. Finally, it was an important occasion to strengthen alliances as there were partners from the North, and we need to inform them of the dangerous investment practices of their governments. Hopefully they will be able, once back home, to inform civil society in their countries and to lobby the decision makers to stop these kind of investments. If private companies from the North (and not only the North) continue to come here and take our lands we will be obliged to leave our countries and emigrate legally or illegally to other places.