In the aftermath of the Heiligendamm summit, it appears clearly that the G8 has lost all credibility and legitimacy. As it now happens for most high level world meetings, the G8 summit that took place in Heiligendamm, Germany, from June 6 to 8 had to hide behind barbed fences and in a civil war atmosphere to protect the richest nation’s heads of state from people’s protests. This does not only emphasize the illegitimacy of the G8 leaders who decide the fate of the rest of the world. It also shows the growing and massive opposition towards their neo-colonial and neo-liberal policies within their own populations and beyond. 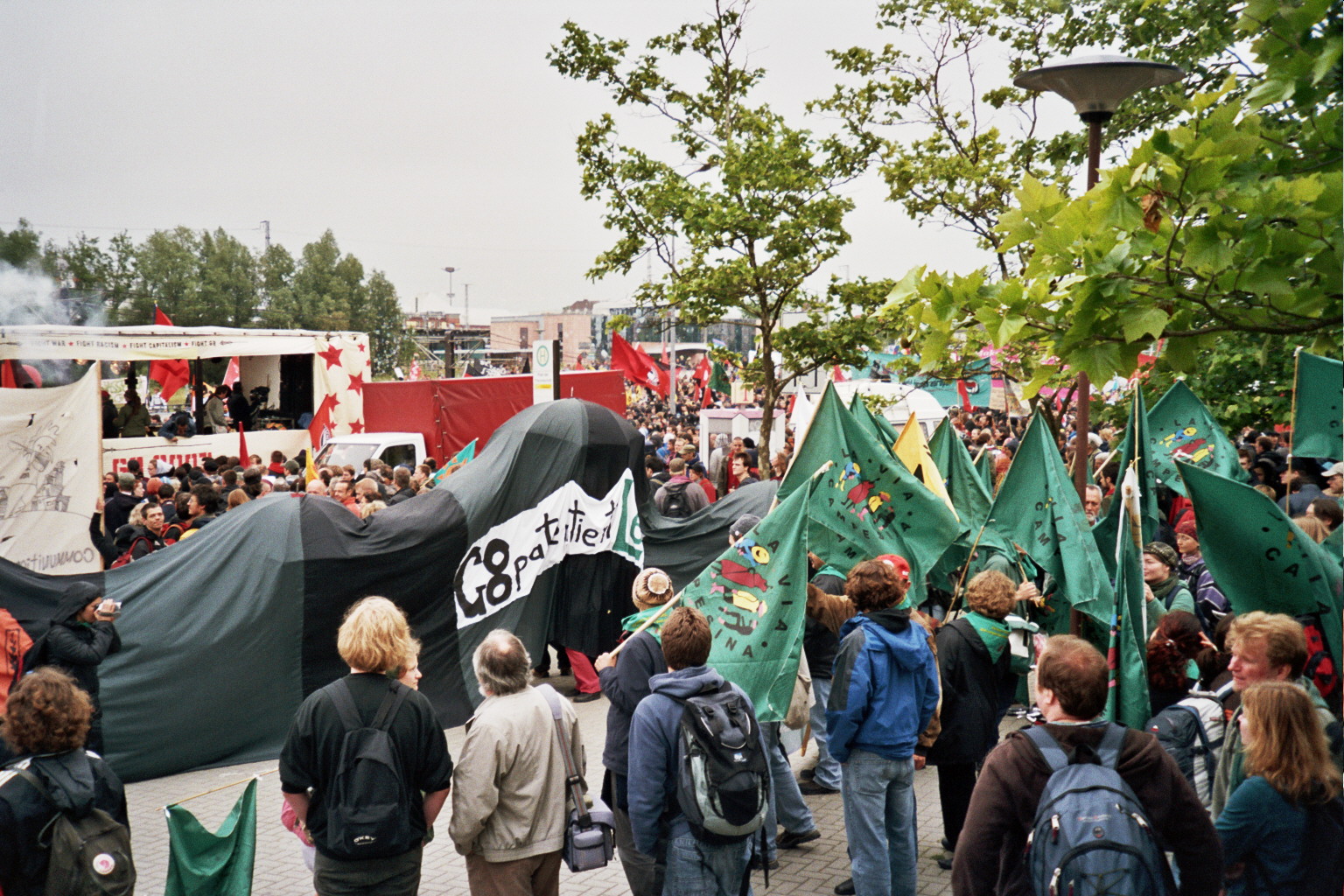 During the last summit, the G8 has been isolated, deaf and blind to a plural and diverse protest held by particularly young and revived European movements. The eight heads of state were unable to reach any binding agreement on climate change and Africa. What will be remembered from the official summit in Heilingendamm are empty promises and pure communication exercises.

The extremely high level of repression and criminalisation against the social movements and the youth that had gathered around Rostock only underlines the dead-lock of the G8 order. While in the camps, during the demonstrations and the blockades the vast majority of activists gathered peacefully and showed a high level of responsibility, the German police acted with unjustified violence and provocation. Hundreds of people were arrested for no other reason than having tape or string in their bags.

Despite this high level of repression, the mobilisations in Rostock were a great success. Both in the alternative summit and in the blockades, diverse movements met, discussed and acted together to oppose the G8 destructive policies and give life to alternatives. The three camps in Rostock, Reddelich and Wichmannsdorf were living examples of solidarity and sustainable, joyful and self-organized communities where more than 20.000 people lived together during about a week. 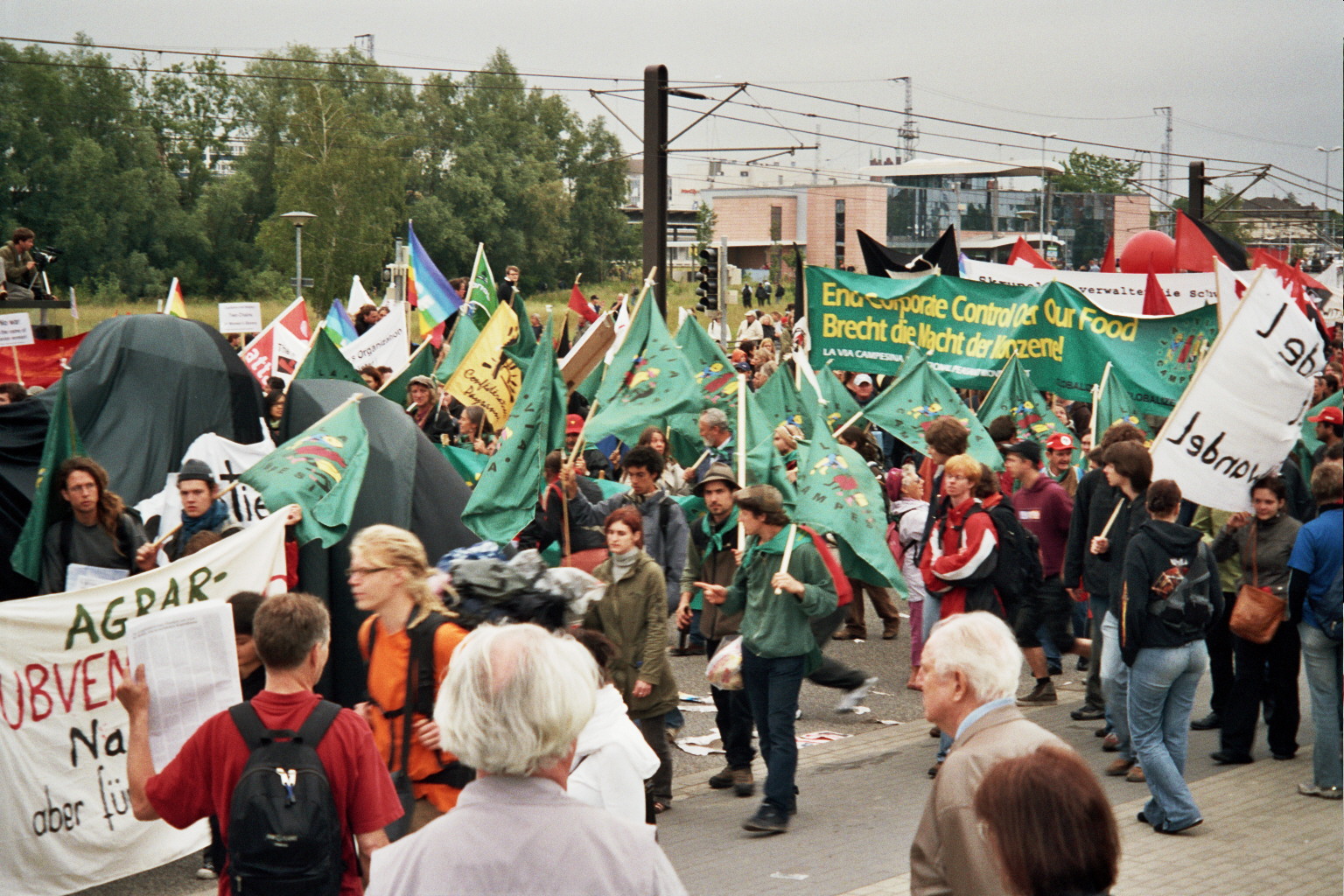 For Via Campesina, it has been a unique opportunity to put food and agriculture in the heart of the struggle in Europe and to interact with other social movements. Young farmers from around Europe and beyond found in Rostock a space to discuss ways to develop small scale farming in their respective communities and countries and to voice their opposition to the domination of agriculture by transnational companies.

Via Campesina strongly condemns the police repression of largely peaceful protests and asks for the immediate release of all the activists still detained following the anti-G8 mobilisations. We also regret that many of the mainstream media focused on violence and security issues while the protests actually showed the very lively, diverse and creative social forces acting today in Europe to struggle against racism, fascism, sexism, capitalism and environmental destruction. While the G8 leaders were meeting behind fences, the protesters clearly demonstrated that alternatives can blossom.

More information and pictures on www.viacampesina.org