Home » Mini ministerial in Delhi: Letter to the trade ministers 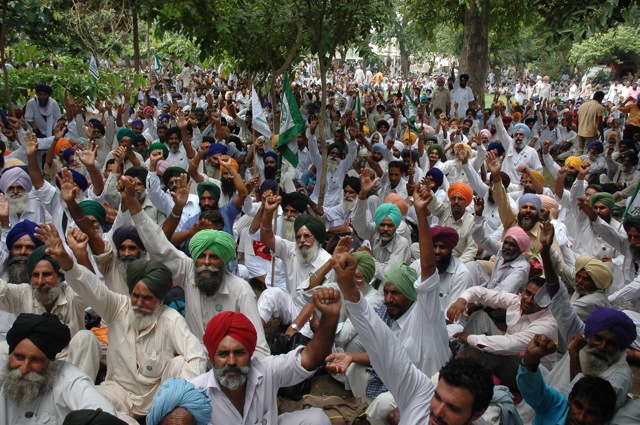 To all Ministers invited to the next mini•ministerial in New Delhi,
copy To Mr Pascal Lamy – General Director of WTO
copy to Ambassador David Walker, Chairman of the Special Session of Committee on Agriculture.

La Via Campesina, an International movement of peasants, small and medium-size farmers, landless, rural women, indegenous people, rural youth and agricultural workers, would like to deliver a message from the grassroots to the mini-ministerial meeting that will be held in New Delhi on September 3-4.

For a long time, we have worked to raise awareness of the very strong negative impacts liberalization has had on farmers’ livelihoods. In 1999, during the World Trade Organization (WTO) ministerial meeting in Seattle, we expressed our concerns about the destruction of our family farm economies and the profound crisis in our societies due to neoliberal agricultural policies. Again, during the last WTO Conference in Hong Kong in 2005, we mobilized ourselves because the situation came to a point where indebted farmers were daily being pushed to the point of committing suicide. When the food crisis burst out in 2006, for us it was such a clear demonstration of the failure of neoliberal policy. We hoped it would lead to a real shift in international policies. But today, the FAO still estimates that over one billion people are now going hungry, with about 150 million more people experiencing hunger as a result of the current food crisis. 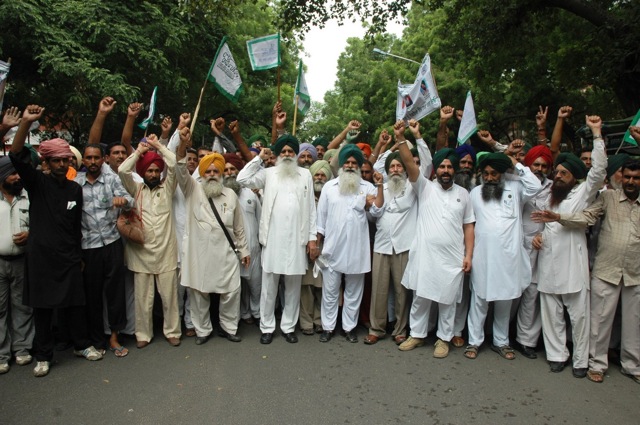 Since a change in policies is of vital importance for all our members around the world, once again we call you to clearly reject a further liberalization of trade in food in the WTO. Policies that will safeguard farmers’ livelihoods and food security for farmers and consumers are needed. As this is impossible within the current rules and proposals of the WTO, we want agriculture to be definitely taken out of the WTO.

The WTO shouldn’t deal with food and agriculture any more because:
Further liberalization of agriculture will exacerbate rather than resolve the climate, food, agrarian and financial crises. It will severely increase the vulnerability of many countries whose economies and populations depend on the agriculture sector. In India for instance, two-thirds of the population are dependent on agriculture.

The global trade system does not allow governments to protect farmers from predatory corporate behaviour, but rather gives large agribusiness greater free reign. The WTO, along with bilateral and regional “free trade” agreements allows agribusiness exporters and corporations in rich countries to receive large subsidies for production and to then dump their products into developing and developed country markets. This puts Northern and Southern small-scale family farmers at a disadvantage as well as misleads Northern and Southern consumers by providing industrially mass-produced, low quality food. Under the current Doha round developed countries like the US will further increase their payouts to agribusiness lobbies, while developing countries will be forced to further reduce protections and increase market access, putting in danger their already vulnerable farming peoples. 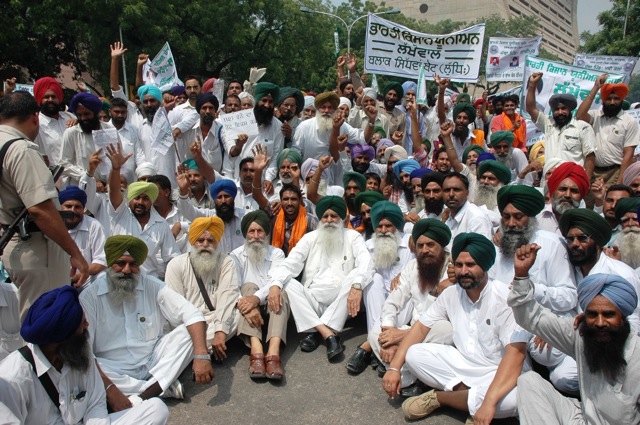 Even the so-called “safety” mechanisms supposed to protect some developing country agriculture such as Special Products and Special Safeguard Mechanisms in the WTO Doha deal are totally ineffective. In the current proposal, India for example can only protect eight or nine crops from tariff reductions. This is nothing in a country where hundreds of crops are being planted in over 15 agro-climatic zones! Moreover, the latest draft, as with the earlier ones, proposes a highly ineffective and impractical mechanism to prevent import surges in developing countries. This mechanism doesn’t deal with the chronic problems of low prices that the US and EU’s subsidy regime create. Nor does it take into account that most developing countries do not have the ability to monitor volume-based import surges in time for the measure to be effective. Therefore, such “safety” mechanisms have absolutely no possibility to counterbalance the negative impacts of the increasing liberalization in agriculture.

Food Sovereignty is our alternative to trade liberalization in agriculture.
Food sovereignty is the right of peoples to healthy and culturally appropriate food produced through ecologically sound and sustainable methods, and their right to define their own food and agriculture systems. It’s in total contradiction with the WTO rules that put the demands of markets and corporations at the heart of food systems and policies. To reach a real reduction of global poverty, hunger and malnutrition, not only do we ask you to take agriculture out of the WTO deal but we also urge you to support the following concrete proposals :
• Strong protections and support for sustainable family farm based food production for domestic consumption on the national level that must be allowed for within the global trading system.
• A global trading system that disciplines corporate behaviour, and puts an end to dumping. A clear prohibition of any speculation on food.
• New regulations on the markets – policy of production control (supply management) to stabilize agricultural prices.
• Real agrarian reforms to assure that farmers who produce food for the population have access to agricultural resources (lands, territories, waters, seeds, livestock and biodiversity) rather than big businesses which produce for export.

These measures, taken together, would truly start a strongly needed transformation of the global food system, and deliver important progress towards the achievement of Food Sovereignty.