Home » Marcha Campesina: remembering César Chávez and the struggle for justice and dignity

El Paso, Texas: On Friday, March 31, 2017, a ‘Marcha Campesina’ (March of the Peasants) was organised to remember César Chávez and to remind the society that the struggle for justice and dignity for women and men, working in the fields and in the canneries, continues.

Chávez spent most of his life organizing farm workers to change their conditions of oppression and exploitation in the fields.

This march was precisely held to remember Cesar Chavez and the cause for which he lived and died. The participants gathered at 5 pm at the Border Farm Workers Center at the corner of Ninth Avenue and Oregon Street and started the march at 6 p.m to demonstrate their solidarity with the migrant worker and the immigrant. 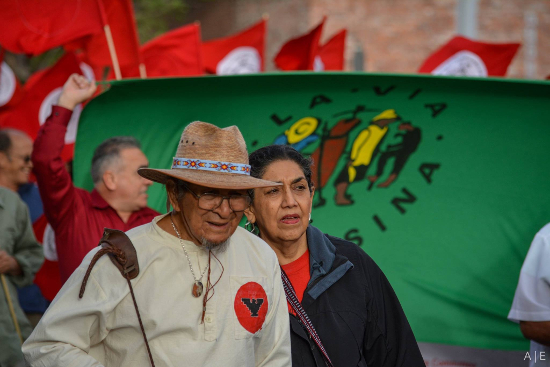