Home » France : Everyone to Nantes on February 22nd

Call out for a march from the anti-airport groups. 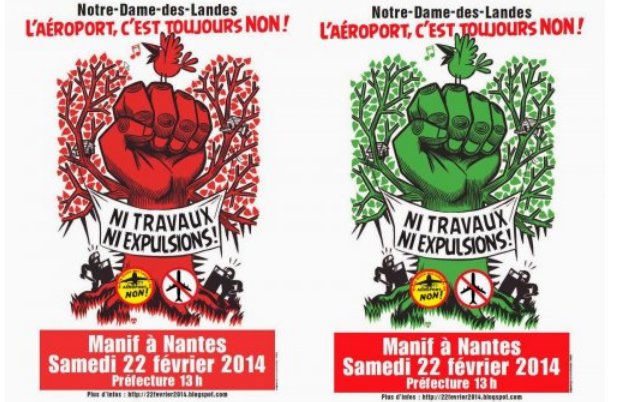 The french state and those defending the project of the airport of Notre Dame des Landes threaten to come back in force all over again. They presume they will begin the destruction of protected species and the construction of the airport in the coming months. A new wave of evictions could arise. We won’t let is happen! The construction will not begin! The movement on the ground is even more alive than last autumn of 2012, the connections are stronger, the fields more cultivated and the houses more numerous. Even more, over 200 local committees have been created, in solidarity with the struggle and to bring the fight to where they live, spreading it everywhere.

We call on all the anti-airport forces to join for the march in Nantes on February 22nd to show them that it’s no way that they touch to this countryside.