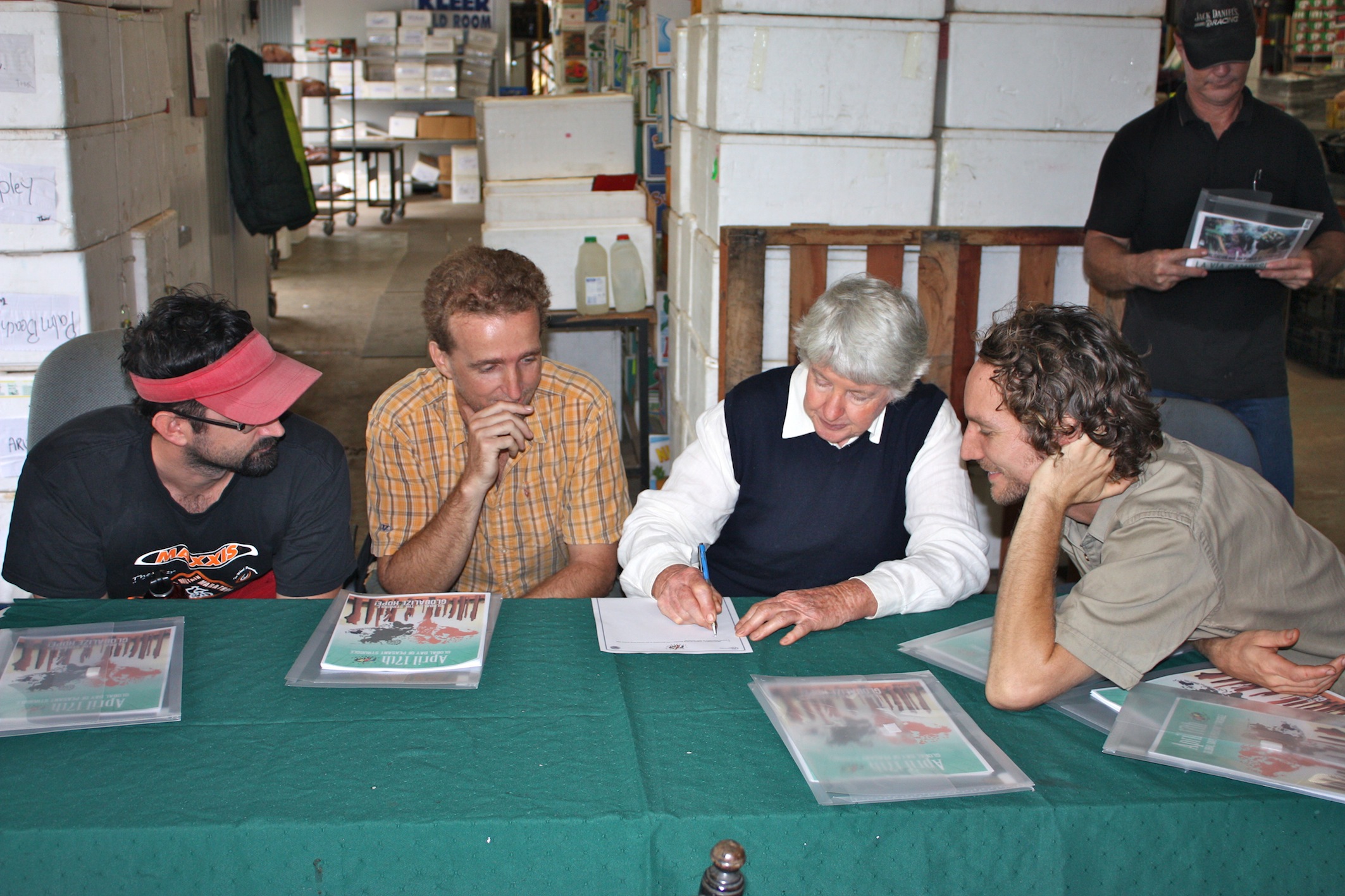 On Tuesday 17 April 2012, Reciprocity (www.reciprocity.com.au) , in conjunction with Food Connect (www.foodconnect.com.au) organised the first event ever to be held in Australia to commemorate La Via Campesina’s International Day of Peasants’ Struggle.

This special event was held in Brisbane at the Food Connect Homestead in the suburb of Salisbury. Over 20 Food Connect staff and farmers came along to learn about La Via Campesina and find out how Australian family farmers can become a part of this amazing international organisation that campaigns to put the power back into the hands of the farmers.

The morning started with the traditional LVC mistica, where participants divided into groups and wrote versus to form a poem that expressed the values and ideals important to them for the continuation of Australian small scale farmers and their rural life. As an expression of solidarity, each person in the group stood up and read out their verse, and the poem finished with the last verse being spoken by all. A delicious wholesome breakfast was then served by one of the Food Connect staff, and while everyone ate, the partners of Reciprocity gave an overview of Reciprocity’s vision to support the LVC, as well as background information on LVC history, membership and their struggle for the rights of peasants, and the reason for the establishment of the International Day of Peasants’ Struggle.

Then came the inaugural Australian screening of the La Via Campesina video La Via Campesina in Movement – Food Sovereignty Now!. Immediately following the video, everyone participated in a fun non-trivial pursuit game which consisted of answering 10 questions related to the understanding of La Via Campesina’s goals and objectives. Each group received gifts of Annette Desmarais’s book, La Via Campesina, and a framed copy of the 2012 International Day of Peasants Struggle poster.

An information pack was handed out, which included information sheets about La Via Campesina and its goal to realise food sovereignty and stop the destructive neoliberal process as well as an extract from the latest report from Grain on Land Grabbing.

There was lively discussion about the extent of land grabbing in Australia, which came as a surprise to many of the participants.

The event finished with the sharing of Australian native seeds.

The people attending this event showed genuine interest in the work of La Via Campesina and support for their food sovereignty campaign and their struggle against transnational corporations. It provided them with encouragement to continue the work they are doing towards achieving an alternative world, because they had discovered that other folk around the globe were working towards a similar goal.

The first and last verses were based on a poem by LVC Youth.

The countryside is our life, the earth feeds us, the rivers run in our blood.

We come from South East Queensland

To stand together in the spirit of resistance

To work together to create hope

To talk together about our struggles

To learn from each others work

To be inspired by each others stories

And to unite as a strong force for social change

Brothers and Sisters without arms…. with pitchforks

Reinforcing the health and wisdom of our planet through food

We will respect the people who nurture the land, who grow our food, who promote good health

And who deserve recognition for their efforts

The world should understand

the challenge of the farmer who works the land

Let’s all grow some of our own food

Let’s move towards being self-sufficient down the road

We will all be healthier, more energetic and live longer

We carry with us a spirit of revolution

The conviction that another world is possible

We will unite in solidarity

And each day we will fight for the continuation of our small scale family farmers and their rural life.