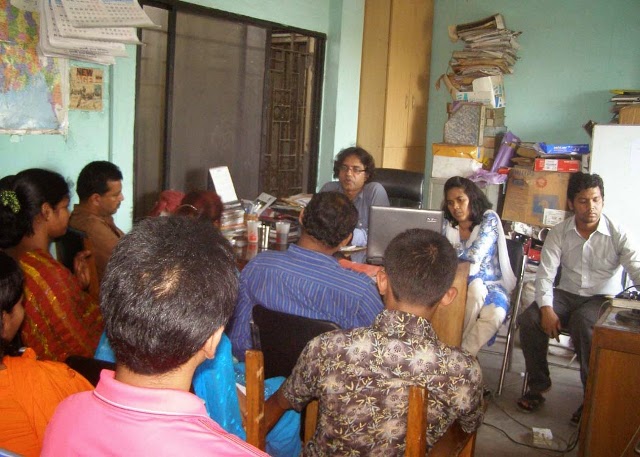 The meeting called up on the small scale peasants worldwide to build strong resistance struggle in order to protect, conserve and restore the indigenous seeds and genetic resources. The meeting slated the TNCs’ efforts to take over the peasants seeds which has been evolved since thousands of years. The meeting also put emphasis the strengthening of the Global Campaign on Food Sovereignty.

BKF President Badrul Alam said that the introduction and approval of Bt brinjal in Bangladesh is the wrong decision undertaken by the government. He also added the government should review the decision and reject Bt. brinjal for the interest of the peasants as well as consumers in the country. He told the meeting that the conscious people of the country should organically build strong resistance against the wrong decision of the government. Expressing his deep concern he said this genetically engineered brinjal seed would contaminate the local seeds and be more detrimental to the environment, soil and human health. Calling up the adverse impact of green revolution Badrul Alam urged the government to come up with a genuine national agrarian policy which will prioritize the sustainable peasants based agriculture including view of agro-ecology as farming method. He stressed as well a genuine agrarian reform for food sovereignty which would eradicate the rural poverty eventually.