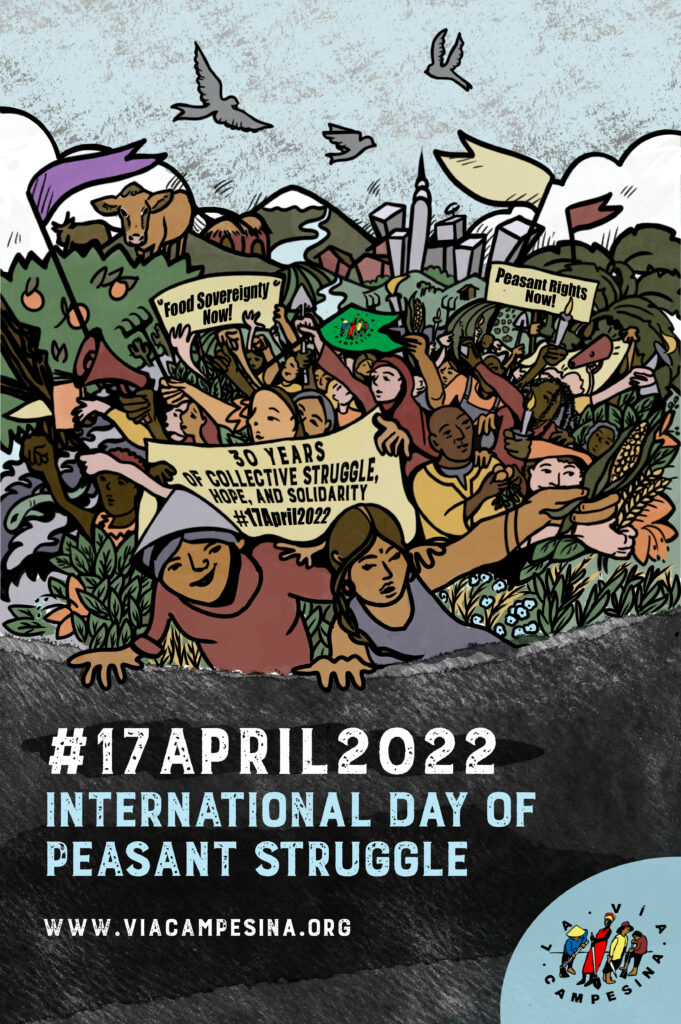 17 April is the International Day of Peasant Struggles, commemorated by La Via Campesina every year to remember the Eldorado do Carajás massacre in 1996 and highlight the continued criminalisation, oppression and repression of peasants, workers, and indigenous people communities worldwide.

This year also marks a special milestone in the life of La Via Campesina. We are entering the fourth decade of our collective struggles for food sovereignty, popular agrarian reform and dignity. Peasant and indigenous peoples’ organizations sowed the first seeds of the global movement at a gathering in Managua in 1992 and La Via Campesina took its formal birth in 1993 at the first international conference in Mons, Belgium.