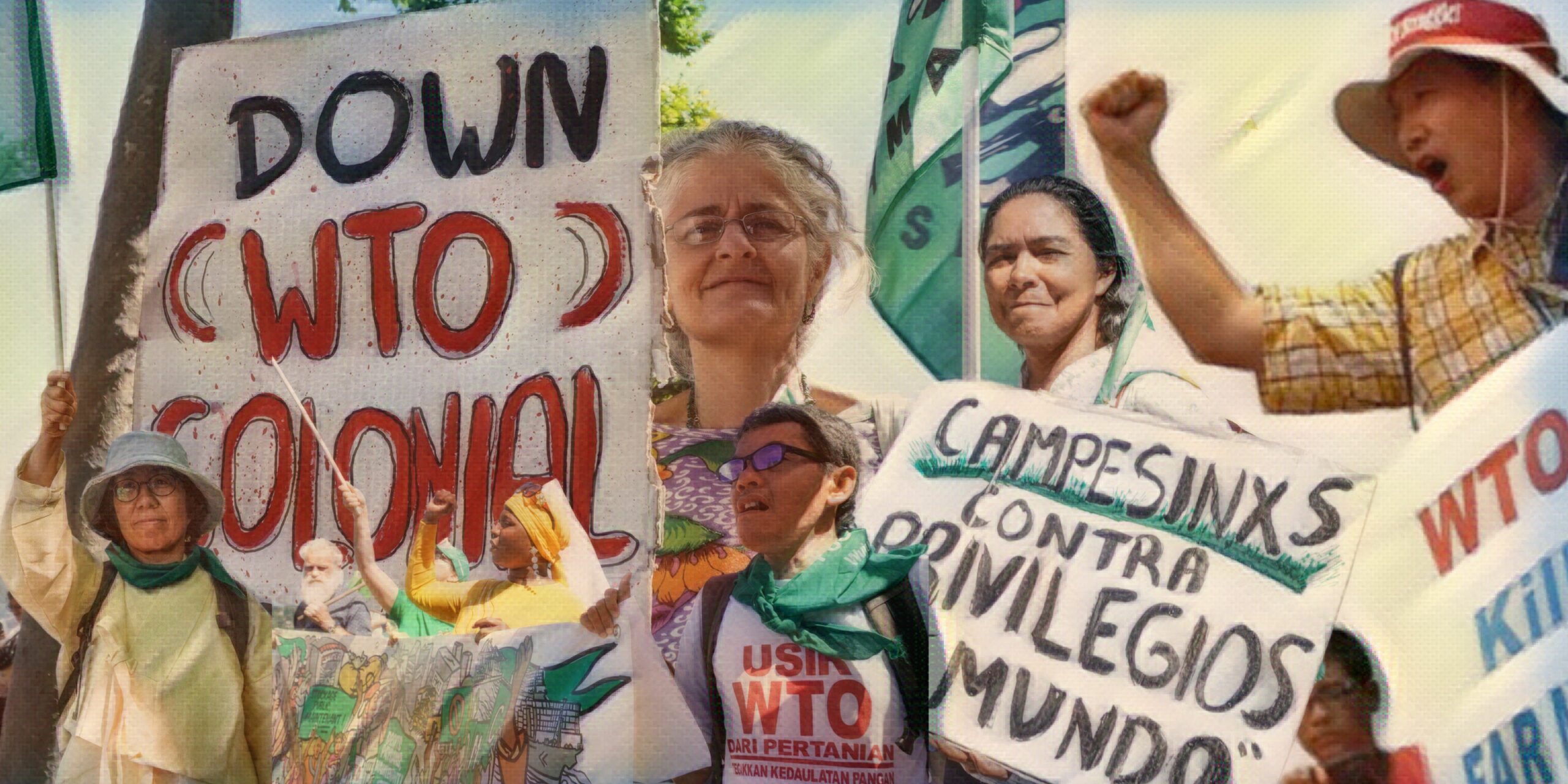 On 10 September 2003 and outside the WTO Ministerial meeting venue in Cancun Mexico, Lee Kyung Hae, a small-scale rice producer and peasant activist from South Korea, martyred himself by stabbing in the chest, to protest the neo-liberal policies pushed by the World Trade Organisation (WTO). Lee acted in revolt because he was among the thousands of farmers in Korea who lost their farm and livelihoods after the country decided to import its food. This policy had the blessing of the WTO.

Since then every year, on 10 September, all the members and allies of La Via Campesina remember Lee’s sacrifice and mobilize against the destructive policies that are forced upon the small-scale food producers through bilateral, regional and multilateral trade agreements.

This year too, La Via Campesina is calling upon all our members and friends in the struggle to mobilize virtually or otherwise, and demand a trade system that puts peoples’ interest, health and welfare above profits.

Early this year, from the 13-16 June 2022 in Geneva, the WTO had held its 12th Ministerial Conference in Geneva. The WTO is struggling to seek relevance again in a world battered by inequality, hunger, extreme poverty, wars and a once-in-a-century pandemic. La Via Campesina had issued a Declaration in response to this Ministerial Meeting. Across the globe several of our members also denounced the growing influence of neoliberalism in public policy making.

See those actions in the map below;