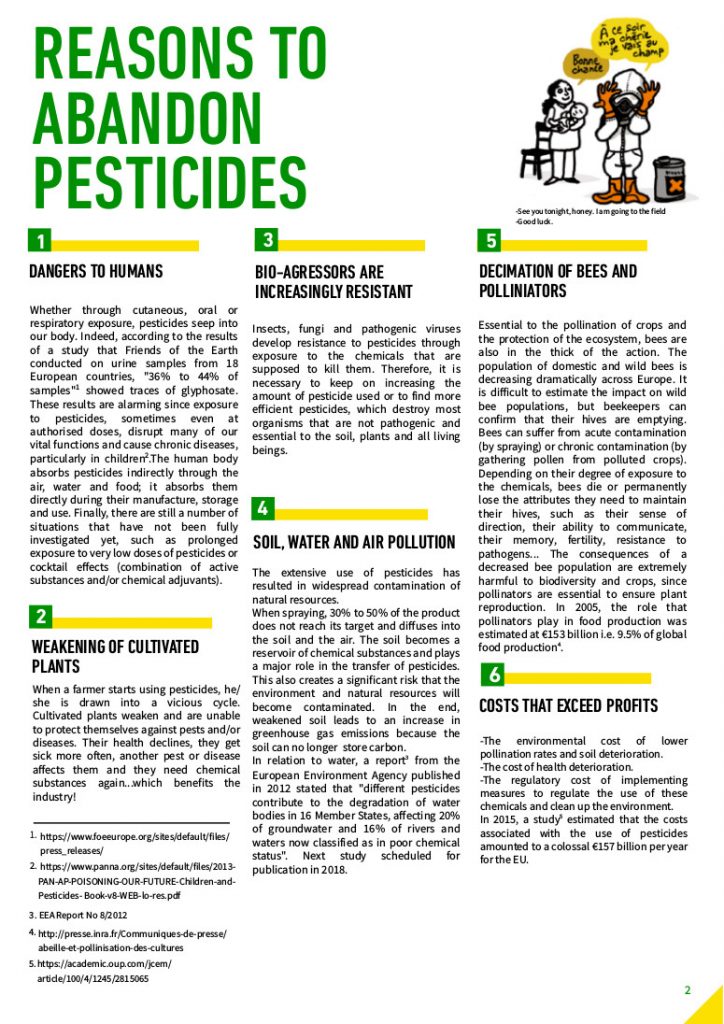 Europeans are fundamentally questioning the use of pesticides. In 2017, more than one million citizens signed the European Citizens’ Initiative « STOP Glyphosate », which aims to ban glyphosate marketing in the EU, reform the pesticide authorisation process and set targets to reduce their use. However, despite the availability of independent scientific data and awareness of their harmful effects, the use of pesticides is ever increasing; and farmers, consumers and the environment are those who are bearing the brunt.

Farmers and peasants are the victims of a system that relies on socially disastrous choices that seek to ‘profit at any price’. These choices include encouraging an increase in production, producing ever-cheaper food, and imposing free trade and economic competition. Faced with shrinking profit margins and increasing competition on the market, farmers are encouraged to secure an income by ensuring that their farms are productive and submitting to the production-oriented system that promotes ever more powerful machines, ever smaller land areas together with more and more fossil fuel and pesticide inputs. As a result, farmers have no choice but to spray large quantities of pesticides on their fields, which weakens their soil, harms their health and that of the surrounding population and threatens biodiversity.