On the occasion of the 3rd round of Free Trade Agreement (FTA) negotiations between South Korea and the EU taking place from 17th till 21st September in Brussels, Belgium, members of the Korean Alliance against Korea-EU FTA (KoA) and members from social movements and civil society organisations from Europe have come together to join forces and struggle together against the Global Europe strategy and the Korea-EU FTA. 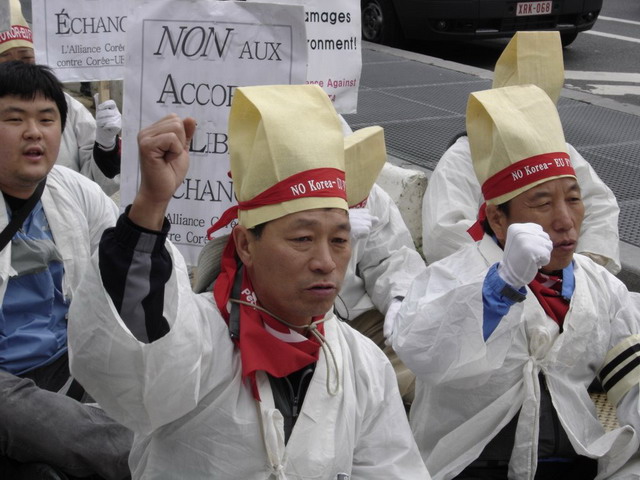 Movements from both regions share the analysis and the concern that:

– The new strategy Global Europe: Competing in the World unveiled by the European Commission in 2006 sets an aggressive trade and investment agenda for the European Union. At the heart of this agenda is a push to improve the global competitiveness of European corporations at the expense of people and the environment in Europe and in the whole world. Global Europe poses a serious threat to social justice, gender equality and sustainable development not only outside but also within the EU. The EU Commission and the member states argue that making EU corporations fit for global competition and increasing trade will lead to “more jobs” and “allow us to save the European social model”. Yet the opposite is true. With trade liberalisation across all sectors – agriculture, industry and services – the beneficiaries are only a handful of corporations. 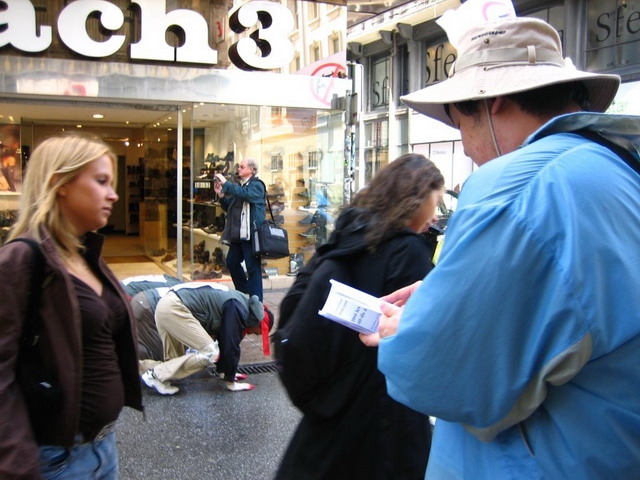 – In order to advance the aggressive interests of EU corporations, the European Commission and member states now openly pursue through bilateral Free Trade Agreements (FTAs) their interests – such as investment agreements or access to a country’s services sector – that cannot be achieved to the extent wished in an agreement in the WTO. Among the targeted countries by the EU there are: India, South Korea, ASEAN, Mercosur, Central America and the Andean Region. The goal of these bilateral or bi-regional free trade agreements is to open and deregulate markets to the benefit of European companies, to increase their access to natural resources, in particular to energy reserves, and to secure their profits by enforcing intellectual property rights and other trade defense mechanisms. What this means for the EU people as well as for the population in all targeted countries is more power for the corporations and less power for the people to regulate the economy. Millions of livelihoods are under threat. Farmers, and particularly small-scale women’s farmers, will be driven off their land because they simply cannot compete with powerful agribusinesses.

– The FTA with Korea is the first of the new generation of Global Europe agreements that the European Commission started to negotiate. The negotiations not only have moved extremely fast but are also setting a benchmark for the agreements to come. If the Korea-EU FTA is signed it will have devastating impacts for the workers, the farmers, the environment and the democracy in both sides. The argument that Korea is an OECD country and therefore will not suffer these effects is misleading and fails to acknowledge that FTAs are agreements between capital and corporations and that workers and farmers are left behind. While governments say more free-trade will bring more wealth and jobs for the people, the experience shows that such agreements have led to relocation, loss of jobs in the industry and in the agricultural sector and worsening labour conditions with a particular strong impact on women. 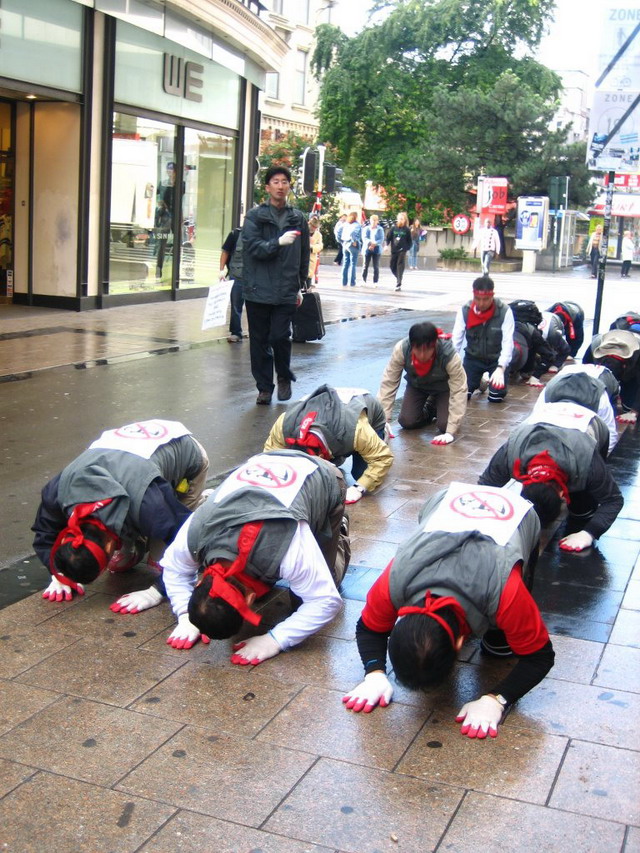 These unfair trade deals are based on a neo-liberal dogma, they threaten livelihoods of millions of farmers and workers. We call on social movements and civil society organisations from all regions to say NO to the Korea-EU FTA as well as all FTAs pursued by the EU. We call on all social movements and civil society organizations to intensify their struggle and to pursue the development of people’s alternatives to neoliberal globalisation and the free trade and investment regime. 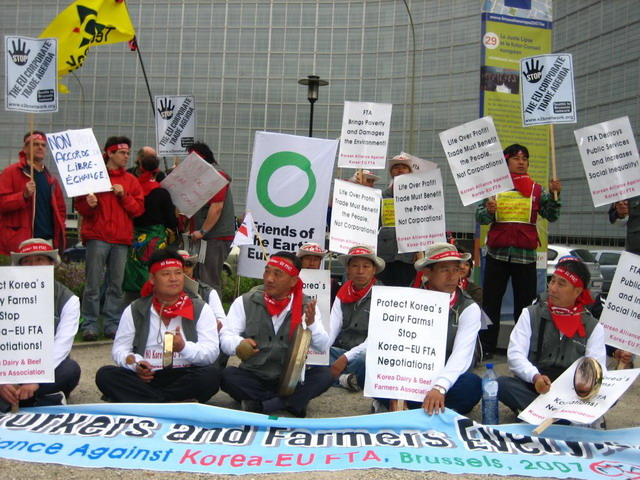