Home » Coming soon : “The Jakarta Call” on your screen on April 17 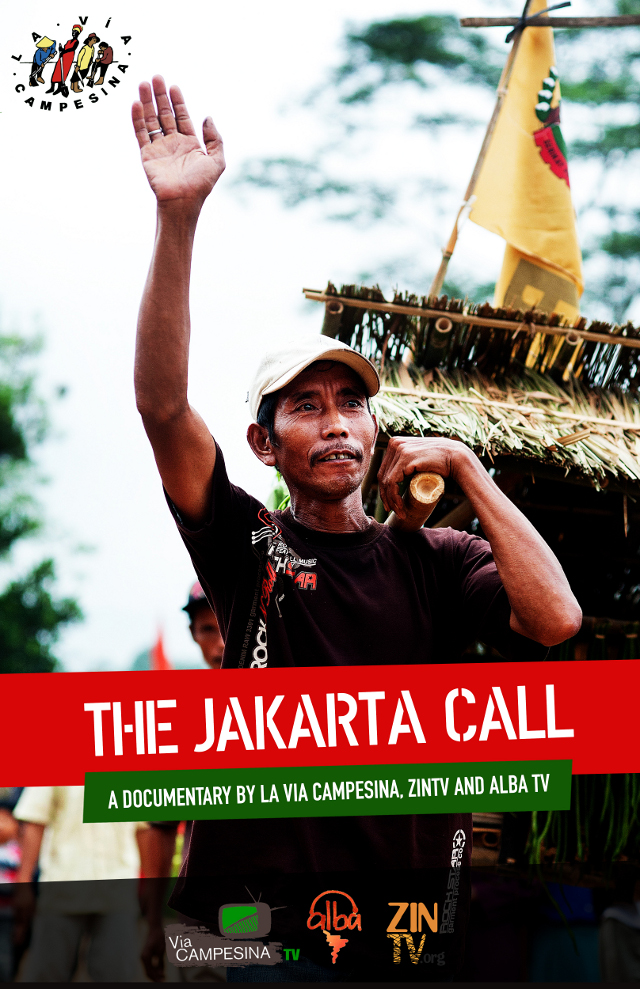 (Harare, April 10, 2014) The International farmers’ movement La Via Campesina is launching a new documentary on  April 17 to celebrate the international day of peasant’s struggle. “The Jakarta Call” is a 38 minutes film featuring the exchanges, debates and reflections of the movement’s VIth International Conference that took place in Jakarta in June 2013. This new documentary highlights the cultural diversity and the values of solidarity and unity converging in this political project. It reflects the multitude of local struggles for the defence of a food system by and for the people. Watch the teaser on Via Campesina TV

Vía Campesina, the international peasant movement that brings together over 200 millions members through 164 organizations in 73 countries, is celebrating in Jakarta, Indonesia, the first two decades of its struggles. For 10 days, women and men organize, discuss, share, debate, expound and propose…

How to transform the world? Propositions from peasant organisations from all around the world burst forth: food sovereignty, agro-ecology, social and climate justice, solidarity, seeds, water, struggles by women, youth, indigenous and migrants, agrarian reform benefitting those who work the land…

“People’s mobilisation, confrontation with oppressors, active resistance, internationalism and local engagement are all necessary components for social change.” Successfully listening to and understanding each other when coming from different realities, cultures and languages is already the first step towards changing the world. Over the past 20 years, Vía Campesina has become one the world’s biggest social movement – a fertile ground to nurture struggles and solidarity.

More information on the VI international conference of La Via Campesina : download the report of the conference.