Home » Call for international day of protest against violence against women (November 25, 2012) 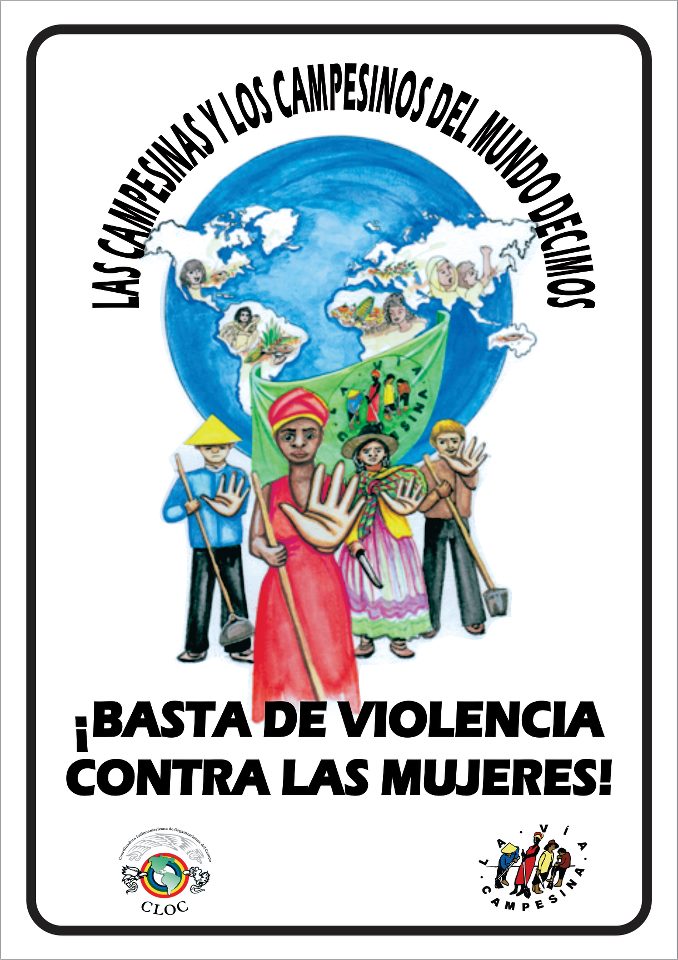 On November 25, 1960, during the dictatorship of Rafael Leonidas Trujillo in the Dominican Republic, three (3) women were brutally murdered, following a series of persecutions against the political activism of the “Mirabal sisters” in this country. That’s how they were known: Patria, Minerva and Maria Teresa Mirabal, who fought against dictatorship, in a country where the role of women was one of submission and exclusion. This day (International Day to Combat Violence against Women), recognized even by the United Nations, every year recalls the brutal murder of the Mirabal sisters, but most of all, we are reminded that thousands of women in all corners of the world lived the same fate as these fighters.

Today, women are still fighting for the freedom of their country, for the freedom of their bodies, for their ideas and for a new world; our struggles go directly against the patriarchal and capitalist system, which excludes and eliminates women from the society and from the spheres where decision-making is made. Violence against women is expressed in various forms, from social exclusion to physical violence. In the Dominican Republic, an estimated 24.8% of women living in urban areas and 21.9% percent of women in rural areas have experienced physical violence at some point in their life. Violence in Puerto Rico reached 60% of women. Its impact is more strongly felt among those between 25 and 30 years of age. In Brazil, in the last three decades, more than 91,932 women were assassinated. In Guatemala, only 377 women were killed in the current year (2012), 80% of which of femicide in response to domestic violence. In El Salvador, 207 women were murdered before the month of May of this year, 2012. Worldwide economic and social crises affect women directly. In Europe, especially in Greece, Portugal and Spain, the States are implementing harsh adjustment measures leading to reduced public services and to the privatization of resources, to the decline of the health and education systems, the later then resting entirely on the shoulders of women. In North America and in many other regions of the world, low wages, migration and the issue of land ownership by women are everyday cases that keep worsening, and show us the urgent need to continue fighting for the elimination of all forms of violence against women.

Given this historical situation, that persists in our present so strongly, Via Campesina launches the Campaign Stop Violence Against Women, so as to fight to eliminate all violence committed against women and, at the same time, to provide space for reflection and debate on a topic that, unfortunately, is the daily reality of women worldwide. You can see the booklet and follow the publication doing click in the link

Therefore, Via Campesina, on this day of November 25, 2012, is calling on all organizations to join the International Day to Fight Violence Against Women and thereby bring to fore the voices of thousands of urban and rural women, voices shouting to fight, shouting for freedom and shouting for respect. Through this means, we invite all the regions of Via Campesina, all the comrades of the organizations of Via Campesina, so that with much mystique and much creativity we can make our voices heard through protests, actions, activities, etc. We ask you to send photos, documents and information to the address lvcweb@viacampesina.org and natalia.mujeres.via@gmail.com, more than anything to show what you are doing in your countries and regions so we can inform all comrades of our actions.

International Commission of Women (IWC) of Via Campesina

WITHOUT FEMINISM THERE IS NO SOCIALISM
WHEN A WOMAN MOVES FORWARD, ALL MOVE FORWARD