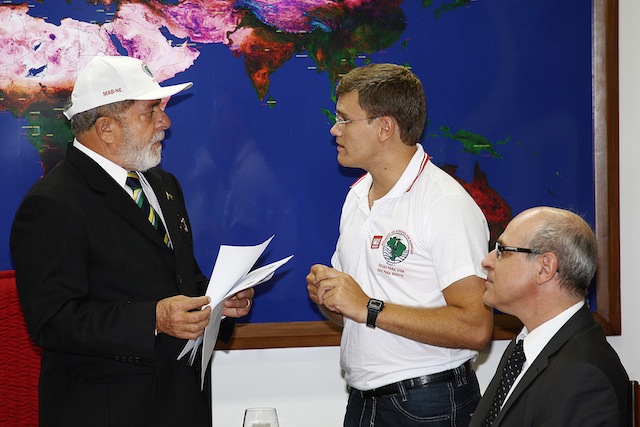 Next Tuesday, October 26, the Movement of Dam Affected People (MAB) will be received by President Lula and Ministers of the State in Brasilia. At the audience the president will sign a decree establishing socioeconomic criteria for the registration of dam affected people in Brazil. The register will constitute a tool for the identification and classification of the affected populations in the impact area of dams.

This is a longstanding demand of MAB, since in Brazil there is neither legal framework guaranteeing the rights of these peoples, nor a state agency charged with the compensation and resettlement of those affected. Until now, the definition of who is considered affected and the compensation procedure was the responsibility of dam constructors. This situation excludes the majority of dam affected people since it considers them solely by a patrimonial perspective.

Since 2009 President Lula has declared publicly that he wants to pay the historical debt of the State to those affected by dams. In February this year, during the first meeting of the Movement with the President, he stressed the need to establish standards for the recognition of families as affected by dams.

According to Joceli Andrioli, of the national coordination of MAB, the presidential decree is an achievement of the dam affected people and a recognition by the government of the debt of the state to them. “The initiative to institute a form of recognition of those affected and to register them is a breakthrough and MAB acknowledges this effort by the government. However, we know that, just as happened on other occasions, is our struggle that will ensure the implementation and advancement of this policy”.

MAB expects to conclude the meeting with the government’s commitment to advance the policies directed to the affected populations and proceed with the rest of the demands. Moreover, MAB hopes that from now on, those affected by dams and the society in general have more participation in the definition of the national energy policy.