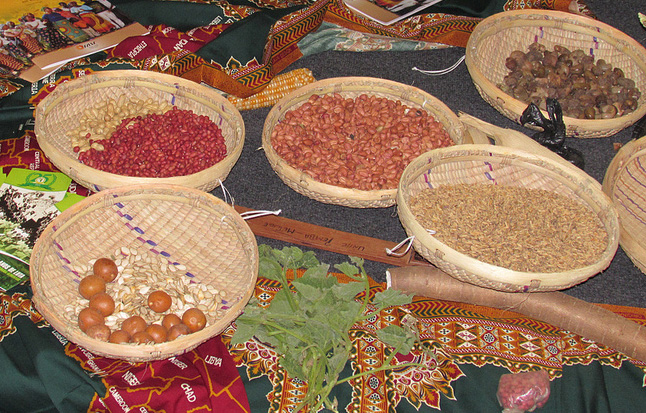 Harare, 06 November 2013 – More than 40 farmers from several African countries, members of La Via Campesina, together with allies, will meet in Zimbabwe on 12-14 November 2013, to discuss the threats posed to smallholder farmers’ seed systems on the continent. In particular, it will discuss the changes to African seed laws, and responses to such threats. The seminar will be hosted by the Zimbabwe Organic Smallholder Farmers Forum (ZIMSOFF),an organisation member of La Via Campesina.

This conference will take place just a few weeks after the UN Food and Agriculture Organization (FAO) formalized an agreement for cooperation with La Via Campesina, acknowledging the essential role played by smallholder food producers in the world, including African small-scale farmers.

In spite of such recognition, small-scale and family producers in Africa including in Zimbabwe are threatened by the push for the adoption of GM seeds and the harmonization of seed laws across African countries. According to a report released by the African Centre for Biosafety (ACB), African governments are being co-opted into harmonizing seed laws relating to border control measures, phytosanitary control, variety release systems, certification standards and plant variety protection laws based on the international legal system called UPOV 1991, to the detriment of African smallholder farmers and their seed systems. If this happens, peasants will lose control of their traditional and indigenous seeds, which will lead to devastating impacts on food security and agricultural biodiversity.

According to Elizabeth Mpofu, chairperson of ZIMSOFF and General Coordinator of La Via Campesina: “Small-scale farmers in Africa play a vital role in keeping food costs down, and contribute immensely to the development of locally adapted seeds and to the diversity of crops. Current changes in African seed laws do not support or promote these farmer-managed systems, and instead adversely impact on them by criminalizing the free exchange of farm-saved seed.”

Invitation to a Press conference: “Why farmers are defending native seeds”

ZIMSOFF and La Via Campesina Africa invite the media to a press conference to share the outcomes of the conference. During the press conference we will launch the publication Our Seeds, Our Future. The publication highlights some of the dailystruggles we have to protect our seeds and the places where they take place. It shows the seeds of women and men small-scale and family farmers in Asia, Africa, Europe, Australia and the Americas, as well as the exchanges, discoveries, resistance and solidarity that take place in the lives of the people and the agricultural work that weave the fabric of La Via Campesina, and the fabric of our future.

For more information and interview with participants: